Lindrena Newbery looking forward to exploring big city, career in the arts; believe in yourself, she says
Apr 14, 2021 7:01 PM By: Darren Taylor 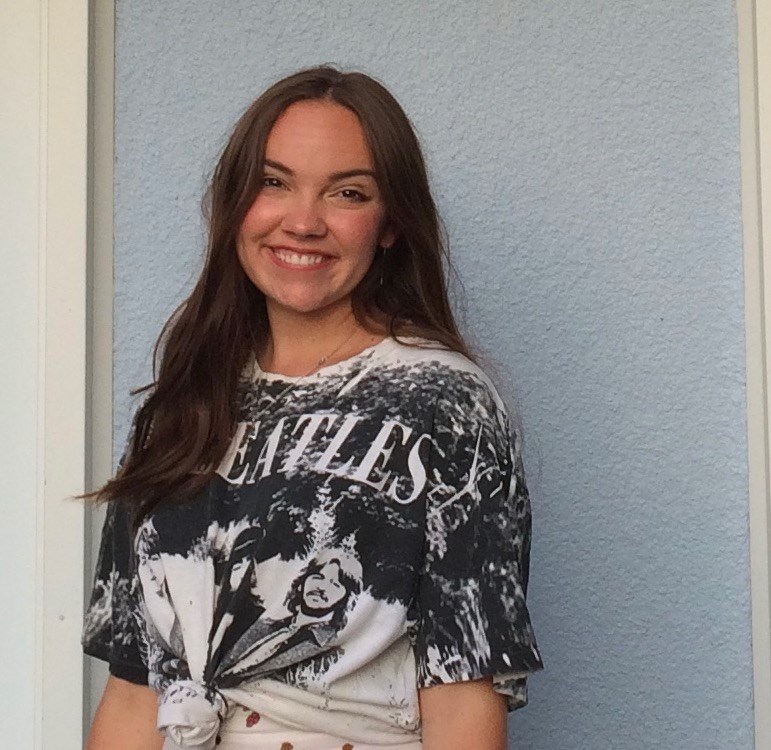 Now, the 17-year-old is excitedly getting ready to attend an intensive 18-month screenwriting program at TFS in Toronto beginning in October, after she graduates from Grade 12 at Superior Heights Collegiate in June.

A non-profit cultural organization, CION dedicates itself to promoting the film and television industries in Northern Ontario as well as providing educational programming in that sector.

“I was very surprised. I received an email from Colin (Aussant), who was the instructor of the workshop, saying he wanted to go over notes for my script in a Zoom meeting, so I went on to my computer, there were five people in the meeting and he surprised me and told me I had won.”

“It was really cool. I was very much in shock and still am. It’s been two or three weeks now and every day I’m still thinking ‘wow, I can’t believe this happened!’ This is so surreal and so wild,” Newbery told SooToday.

“It was a really great experience. It was a fun environment and super interactive, which I really like.”

Packing her bags and getting ready to move to the big city, Newbery said “I’m very excited. I’ve always had an interest in living in Toronto. I just feel like it’s something that I have to do. This works out perfectly. I’m going to have the experience of living (and studying her passion) there now.”

An impressive achievement indeed, in light of the fact Newbery, though being a highly creative individual, had never written a screenplay before, being taught and encouraged through the scriptwriting process by the course instructors.

“I try my best to plan out when I’m writing creative writing or essays (for her high school studies, for example), but a lot of times I just jot notes and go and see what happens, but with screenwriting it’s very different. You have to have your plot points, your climax and your evolution and you have to have that planned out before you can start writing. It’s a lot more of a structured writing process. I had to definitely force myself to do that (in the workshop), but it worked so well.”

“I just love that with screenwriting, you can develop the characters into anything you want. You have so much creative freedom to tell a story, and share whatever you want to share,” Newbery said.

She signed up for the CION workshop with her mother’s encouragement.

“I signed up for it and I ended up loving it. I do theatre (having done sound and lighting for Crank Sound, along with acting in Superior Heights productions of Willy Wonka and the Chocolate Factory and Mamma Mia! at the Sault Community Theatre Centre).”

“I’ve read scripts before, so I have a little experience with that. I love the arts, being creative, I love writing.”

“With this workshop, we all round tabled each other’s scripts. I know the scripts I read in that workshop still have an impact on me today even though it was a month ago. I still think about them all the time.”

She told us what she could about her screenplay Tuesday Flowers (without giving it all away).

First of all, what about the title?

“I was brainstorming with a friend and we were just thinking of names, very strange names which we thought were funny, and then I thought Tuesday Flowers sounds kind of cool. I wanted something different that stood out. It’s definitely different.”

The short piece (which, Newbery said, could be transformed into a five minute, short subject film) involves a young singer-songwriter who discovers a mysterious phone number left in her guitar case after a gig, and what follows after she courageously makes what turns out to be a life changing call.

“I don’t want to give too much of it away,” she chuckled.

“It’s a five-page short film. It’s about a musician and her friend. They have a very interesting dynamic. They’re both very eccentric and ‘out there’ characters which I really like. I had a really fun time writing the dialogue for the characters.”

Newbery said she drew on her own experiences when writing the piece.

A singer-songwriter, she played at the Scott Coffee cafe on Northern Avenue prior to COVID.

“The only set in that little screenplay is in a coffee shop based on Scott Coffee and I also based the main character on me playing my gigs there. That was the base of the story, adding in the characters and dialogue.”

“I would love to see it filmed. I can picture what it would look like. I love pre production, sound and lighting, photography, post production, editing, I think it would be really interesting.”

Newbery said she carries a notebook, often jotting down notes upon observing people or hearing utterances she finds interesting, saving those notes as ideas for screenplays.

“When I start school in the fall, I’ll have a list of things ready to go already.”

As a singer-songwriter, Newbery (who already has a self titled YouTube channel and is working on a single for summer release, with plans for an eventual, entire album) said she would also be interested in music production as a career, but in the meantime, stated “this (TFS) is a really cool opportunity, so I’m just going to take it and see where it goes.”

“I feel really good about starting this program. I’ve got a good feeling about it.”

Newbery named Schitt's Creek as her favourite TV show, and also enjoys watching 1980s films (“they have a very specific style, very comforting”), musicals and comedies (“anything with a good soundtrack”).

She said The Breakfast Club (1985) and Moonrise Kingdom (2012) are among her favourite movies.

Whereas a lot of modern TV shows and movies are dark, Newbery said “I watch movies with lighter content because I see it as an escape, and love watching how characters interact and how they behave, and how it was filmed or set up.”

“It’s definitely a big part of my life. No matter what kind of mood or what you’re going through there’s always music there that is comforting for you...being at a concert, you can see the artist who has put all their time and work into writing music, performing it and having that connection with the audience, which I think is really cool.”

Born in Chetwynd, BC, Newbery has lived in the Sault for most of her life.

She has been a French Immersion student throughout elementary and secondary school.

Newbery hopes COVID will have subsided enough by October for her to attend TFS in person.

“That is the plan, but if not, I will probably start from home and then move down there eventually. I’ll definitely be there at some point.”

Excited and confident about her impending move to another city, studying a profession about which she is passionate, does Newbery have any advice for fellow teens finishing off high school?

“I’m definitely very lucky to have support from my Mom and my friends and a lot of my teachers, and a lot of my family as well, to pursue this. There’s a lot of support there, which is really amazing, but I think it’s important to trust yourself and believe in yourself. The reality is that not everyone is going to support you, and if you let those few negative voices get to you, you’re going to pursue something (another field of study) which you don’t necessarily want to pursue, when there could have been something else which you would have rather done.”

“You know what’s best for yourself at the end of the day, so take advantage of opportunities that are presented to you. You never know what can happen, where they’ll lead. Be proud of your successes and be proud of what you’re doing.”