LISTEN: What was it like playing hockey (and winning) during the pandemic? A coach talks

What will it take for Lake Superior State to continue its recent success on the ice? Find out that and more as we catch up with Lakers hockey coach Damon Whitten following the end of the college hockey season
Apr 14, 2021 10:00 AM By: Brad Coccimiglio 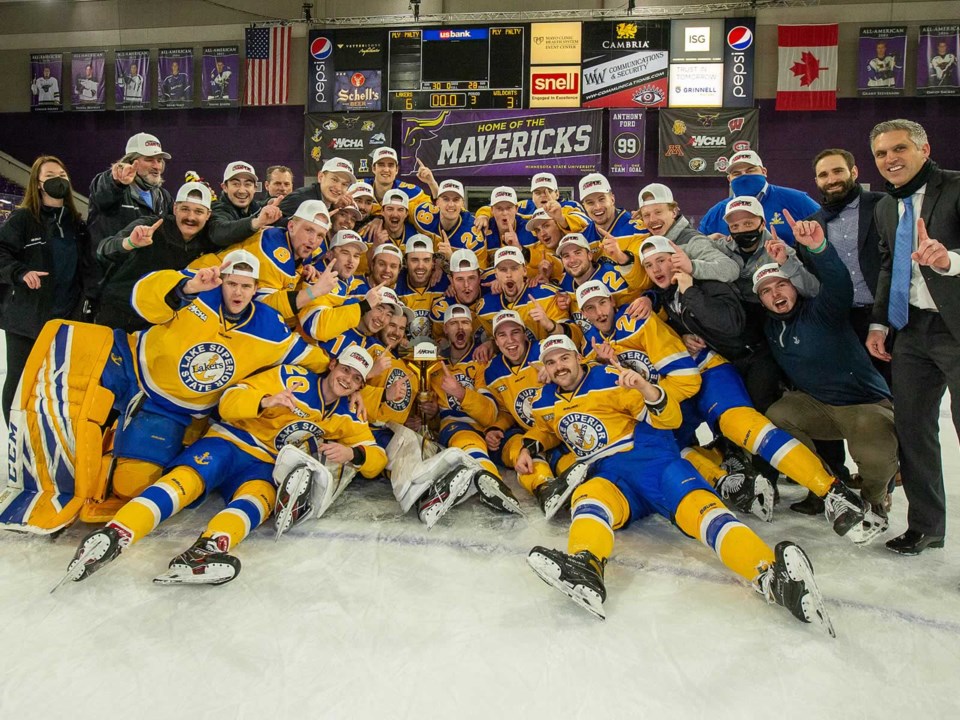 To say the 2020-21 Western Collegiate Hockey Association season was an unusual one would be an understatement, but it was also a special one for the Lake Superior State Lakers hockey team.

The season saw the Lakers win its first conference title since 1995 along with making its first NCAA tournament appearance since 1996.

The Lakers season eventually ended with a 5-1 loss to the University of Massachusetts Minutemen in the East Region semifinal at the NCAA tournament, but for the program, some recent success is something the program will look to build on in coming seasons.

UMass eventually advanced to the national championship game where it would beat St. Cloud State University 5-0.

Last week, we had the opportunity to catch up with Lakers coach Damon Whitten to talk about the season.

We looked back at the season, some of the Lakers key contributors, and what it will take to build on the success of this season.

The full writeup can be found here.