DAVID HELWIG: The only news source you'll ever need (No, it's not SooToday!)

For years, we've faithfully covered your community. Now, somebody's decided to call us MSM and our name is mud?
Mar 3, 2021 9:00 AM By: David Helwig 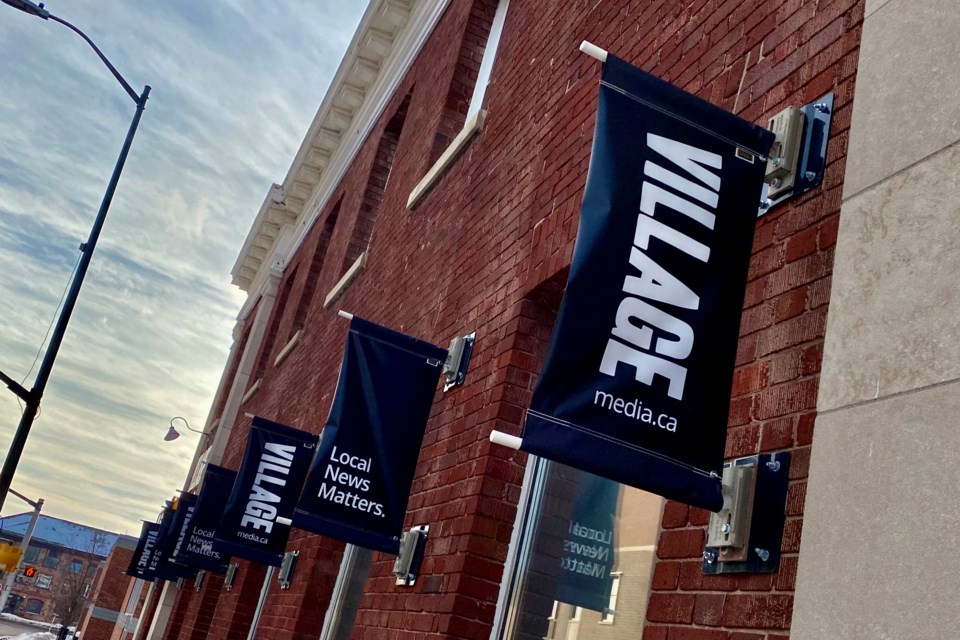 Anyone who thought this article would plug SooToday or Village Media as the only news outlets needed in a city this size, definitely doesn't know me.

Since the earliest days of this experiment in hyperlocal news, and for decades before that, I've consistently said quite the opposite.

Competition is good, I said.

Cities are best served by a diversity of journalistic offerings.

I personally go out of my way to follow thoughtful voices from all over the ideological spectrum, including those with whom I profoundly disagree.

I maintain that anyone claiming one news outlet is all you'll ever need, is not your friend.

Anyone talking like that, in almost every case is trying to pull the wool over your eyes, trying to limit you to a single point of view.

At the same time, not all purported news sources are worthy of your attention.

Some are run by inexperienced bumblers who get their facts wrong.

Some are run by people with axes to grind.

And some are run by knaves using deliberate disinformation to sow community discord.

In recent months, I've found myself sometimes getting hotter than fish grease at people who use the phrase 'mainstream media' (MSM) as an all-purpose put-down for those of us engaged in the important and endangered work of community journalism.

I find many people decrying MSM aren't really looking for thoughtful, balanced coverage to help make up their minds on contentious issues.

They're looking instead for one-sided affirmation supporting their preferred positions.

When they say: "Do your job, MSM!" they actually mean: "Do my job, SooToday. Take my side! Do the research and fight my battles so I can sit here at home all snug in my Huggle Hoodie and make macrame hangers!"

Instead of impartial observers, they're demanding collaborators.

I'm sure you've heard the expression: "There are two sides to every story."

In my experience, there are often far more than two sides.

Truth has become so nuanced and confusing that many believe we now live in a Nietzschean post-truth world.

Personally, I haven't given up on the search for truth.

I believe it exists – somewhere – and is worth the effort to uncover it.

I also recognize that the search for truth is getting more and more difficult.

When I came to Sault Ste. Marie 19 years ago with visions of a new kind of digital-only news service, I figured this community was quite able to get on without my personal opinions.

I focused instead on informing readers what was happening, what our leaders were saying and doing.

I figured that given solid, comprehensive reporting, the good people of this city could decide issues for themselves.

Today, however, fuelled by leaders painting all unfavourable coverage as 'fake news,' I and my colleagues and competitors who take journalism seriously are under attack as never before.

Like any sector, we have our problems and our bad actors.

But after many years of pulling grueling all-nighters to get important Sault news stories posted, working into the wee hours to chronicle both the good and bad of our community, we're now finding ourselves dismissed as soon as the MSM-word is mentioned by people who've never set foot in our city.

Look here, Sault Ste. Marie: We were there when your children won academic scholarships and science fairs.

We were there at their sports championships.

When your kids went missing, but the news broke too late for the last television newscast, we stayed late to get the word out quickly.

Almost without fail, those kids were returned to their anguished parents before local radio stations started their news broadcasts next morning.

But now, somehow, we journalists are suddenly enemies of the people?

These are the most challenging times I can recall in my journalistic career.

In the week following January's riot at the U.S. Capitol, staffers from SooToday and other media outlets were cautioned by security experts that journalists are now being actively targeted by violent demonstrators.

Our work has always been controversial.

Often, it's lonely, too.

As I've been writing this article, I've been simultaneously working on another story that's likely to please few readers and infuriate many, but our newsroom has agreed it contains unpleasant facts that should be reported.

Across North America, market conditions and the pandemic are closing local newsrooms by the hundreds, leaving no one to hold power to account.

But democracy doesn't work without a vigorous press corps.

"Congressmen who are less covered by the local press work less for their constituencies," concluded a 2008 paper prepared by economists from Massachusetts Institute of Technology and Stockholm University.

"They are less likely to stand witness before congressional hearings... and to vote against the party line. Finally, this congressional behaviour affects policy. Federal spending is lower in areas where there is less press coverage of the local members of congress,” the researchers found.

“Cities where newspapers closed up shop saw increases in government costs as a result of the lack of scrutiny over local deals," wrote CityLab's Kriston Capps.

"Costs for bonds can rise as much as 11 basis points after the closure of a local newspaper – a finding that can’t be attributed to other underlying economic conditions."

In these uncertain and often discouraging times, I can't begin to tell you how much it means to all of us that you, as SooToday+ members, understand the importance of our work.

From the bottom of my heart, I thank each and every one of you for standing alongside us.

STORY BEHIND THE STORY: Here's the worst pothole Godzilla and I could find in the Sault
Apr 7, 2021 1:00 PM