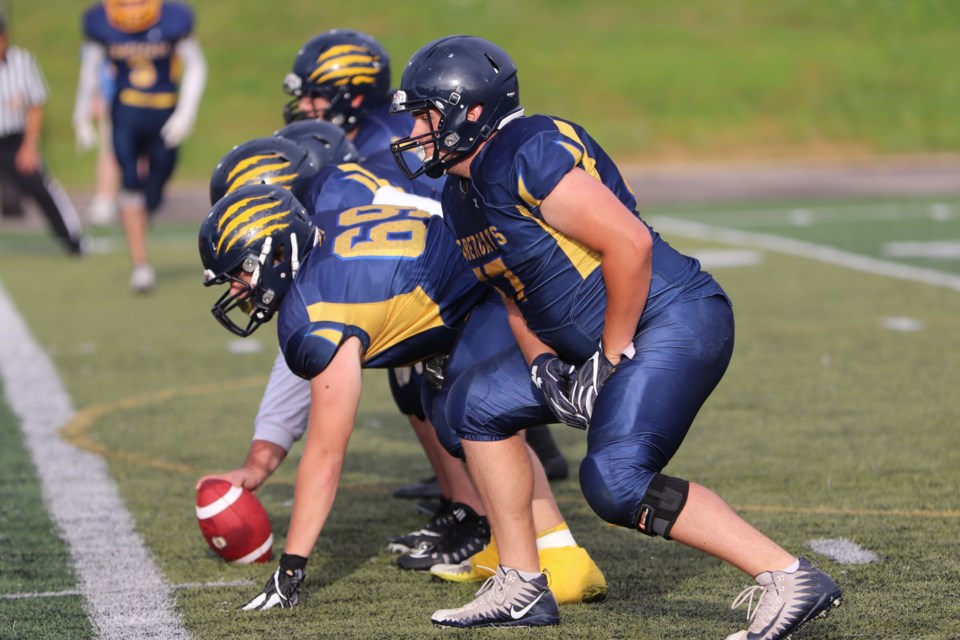 The football community locally is mourning the loss of one of its own this week after the tragic death of 20-year-old Matthew Wheten.

Wheten, who played for the Sault Sabercats at both the junior varsity and varsity levels and also played high school football locally at St. Mary’s College, died Wednesday of injuries he suffered in a single-vehicle accident early Wednesday morning.

Wheten is remembered fondly by those around the sport.

His personality is something those in the Sault Ste. Marie football community remember well.

“He was always smiling and joking around,” Sault Sabercats varsity coach Matt Premo said in an interview Friday afternoon. “He was one of those guys that you really enjoy being around. I’ll remember that the most.

“And he was a really good teammate,” Premo added. “He was really dedicated to the (Sabercats) program and just loved football.”

Wheten left a positive mark on those he played with as well as the coaches he played for.

“He was a great kid,” Premo said. “He was very coachable. He was one of those guys that put the team first. Whatever we asked of him, he did. He was able to play multiple positions. We asked him to move positions to where we needed him the most and he was always willing to step up and do that.

“He was just a great teammate,” Premo added. “Everyone on the team gravitated to him. He was really well-liked by his teammates. He was always very supportive of the other guys on the team.”

Premo said he was “devastated” when he heard the news.

“I couldn’t even believe it at first,” Premo added. “I’m just heartbroken for his family. They’re such a good family.”

Wheten’s three brothers Jeremy, Cody, and Arron have all played football locally while their parents, Mike and Isabelle, have spent many hours helping out football programs as well.

“They’re unbelievable people and my heart just breaks for them,” Premo said.

Wheten’s death has been met with an outpouring of support from the local football community.

“Some things in life will never make sense,” read a post on the Sault Minor Football League Facebook page on Thursday. “We are deeply saddened by the loss of a friend, a teammate and a brother in our football community. The Wheten family is a huge part of everything we do here with Sault Ste. Marie football. For several years, Matt was a player in SMFL, with the Sault Sabercats and St. Mary’s Knights. The Sault Football community is a tight-knit group, and now more than ever we will lean on each other for support.”

Funeral arrangements had not been announced at the time of writing Friday afternoon.