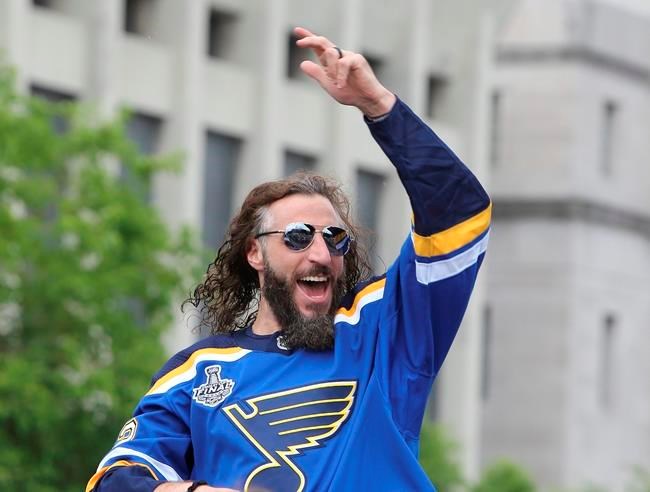 Thorburn was drafted 50th overall by the Buffalo Sabres in the second round of the 2001 NHL Draft. He made his NHL debut Dec. 2, 2005, with the Sabres and two days later picked up his first point in the league with an assist in a victory over the Colorado Avalanche.

Prior to the start of the 2006-07 season, he was claimed off waivers by the Penguins and scored his first NHL goal with Pittsburgh on Nov. 6, 2006.

After the team moved to Winnipeg in 2011, Thorburn established himself as a respected voice in the Jets' dressing room and a contributing member of the community.

Thorburn played in a total of 10 NHL seasons with the Thrashers/Jets, and he remains the franchise leader in penalty minutes (832) while ranking fourth in games played (709).

Thorburn signed a two-year contract with the St. Louis Blues as a free agent in 2017. While he appeared in just one regular-season game in the Blues' 2018-19 championship season, he was the fourth player handed the Stanley Cup as a testament to his status as a well-respected teammate.

"Thank you to everyone who supported me, believed in me, and influenced me throughout my hockey career," Thorburn said in a statement. "The Buffalo Sabres, Pittsburgh Penguins, Winnipeg Jets and St. Louis Blues all took a chance on me and for that, I am forever grateful.

"To finish my hockey career with the St. Louis Blues and finally get an opportunity to lift the Stanley Cup over my head, I could not have scripted a better way to go out. Thank you to Doug Armstrong and Tom Stillman, as well as Craig Berube, the coaching staff and the training staff. Most importantly, thank you to my Blues teammates for taking me on a journey of a lifetime."

This report by The Canadian Press was first published June 22, 2020.