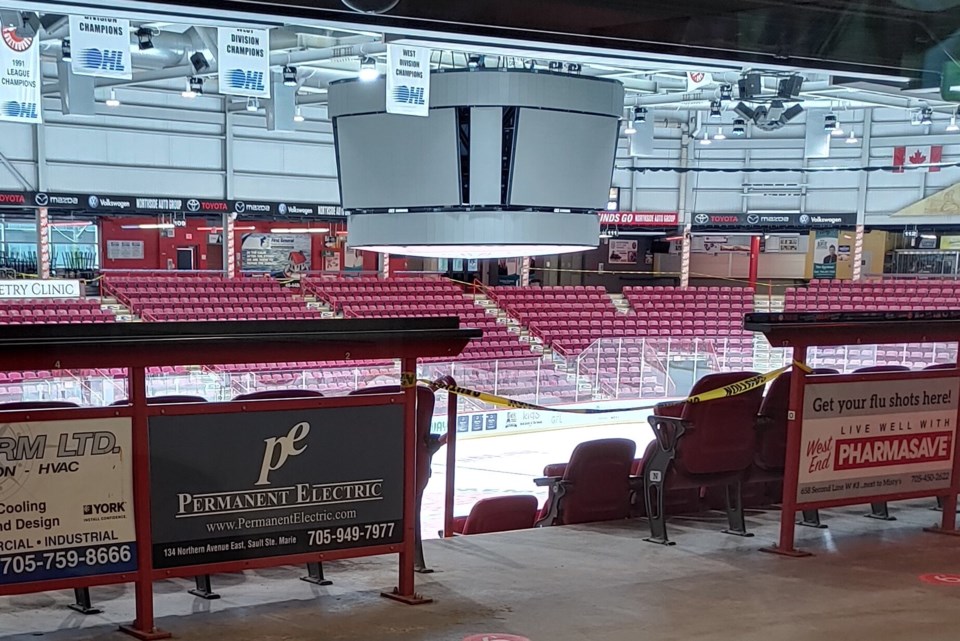 "In most cases, it's three-on-three modified games with less full-on contact," Lamming said.

GFL Memorial Gardens is sporting a new scoreboard. lighting and other improvements.

"We were fortunate to get the ice in at the McMeeken," Lamming said.

"When the ice was being installed, the same day there was a power outage in the west end. We had a heat flood on. The hot water melted down the ice almost to nothing, but our workers pulled off a miracle and when the power came back on we were able to able to save the ice at the McMeeken. There were no concerns."

Both ice pads at John Rhodes Community Centre are operational with good demand, COVID-19 notwithstanding, Lamming told the committee.

Other activities at the Rhodes are at or approaching full capacity, including the gymnastics club, pro shop, Superior Sports Training and Icebreakers Bar and Grill.

Municipal operations there are close to Stage 3 with no pullbacks to Stage 2 planned in the immediate future, Lamming said.

In other recreation news, it was noted at the committee meeting on Tuesday that with the new bike lanes on Pine Street, some residents there have started parking illegally on boulevards between the sidewalk and the street.

The possibility of asking for police enforcement was mentioned, but Lamming said initial efforts by the city would likely focus on educating homeowners.