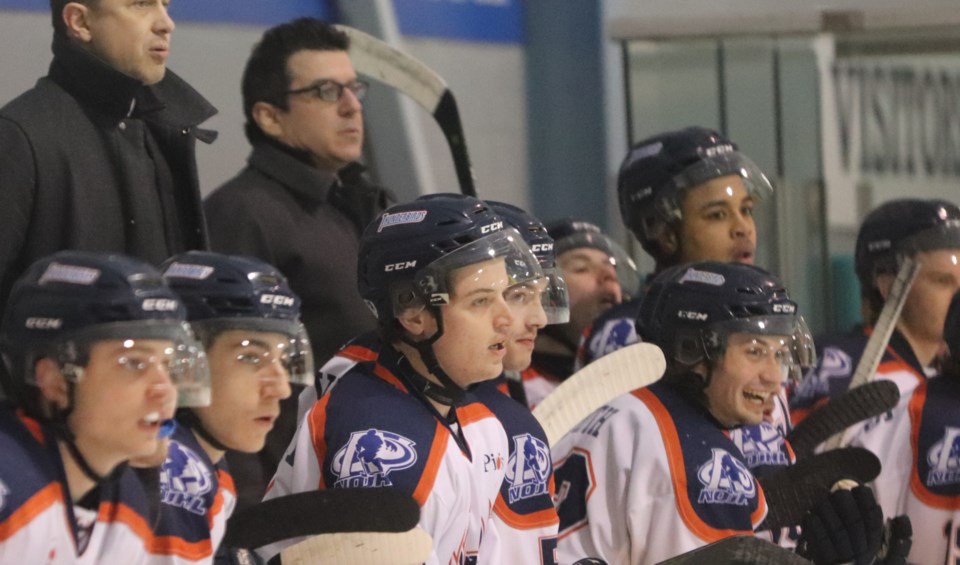 With a berth in the 2019 Dudley Hewitt Cup on the line, the Soo Thunderbirds and Hearst Lumberjacks are set to open the Northern Ontario Junior Hockey League championship tonight locally.

The series is a battle of the top two teams in the NOJHL standings from the regular season.

The Thunderbirds wrapped up regular season play with a 44-11-0-1 record while Hearst went 33-16-6-1 to finish in top spot in the NOJHL’s East Division.

Hearst enters the series on a hot streak, having won seven consecutive games, including a sweep of the Powassan Voodoos in the East Division final.

The Thunderbirds enter the best-of-7 series on the heels of a six-game series win over the Rayside-Balfour Canadians that wrapped up on Monday night in Chelmsford.

The Thunderbirds used a pair of goals in the second period to beat the Canadians 3-2 to clinch the series. Brendan Miller had a goal and an assist for the Thunderbirds in the win, which included the game-winning goal.

The Thunderbirds and Lumberjacks met just twice in the regular season.

The Thunderbirds scored a 4-3 win on Oct. 27 at home Noah Boman, Nick Smith, and Matthew Bazarin had a goal and an assist for the Thunderbirds in the win.

Jake Desando had a goal and an assist for Hearst in the early-season matchup.

The two clubs met five days later in Hearst as the Lumberjacks scored three times in the third period in a 3-0 win over the Thunderbirds.

Nicholas Tallarico stopped 43 shots for the shutout while Bradley Golant scored a pair of goals for Hearst.

The series shifts to Hearst for games three and four on Wednesday and Thursday.

Theriault, Boman pace Thunderbirds in series opener (9 photos)
Mar 30, 2019 11:08 PM
Comments
We welcome your feedback and encourage you to share your thoughts. We ask that you be respectful of others and their points of view, refrain from personal attacks and stay on topic. To learn about our commenting policies and how we moderate, please read our Community Guidelines.