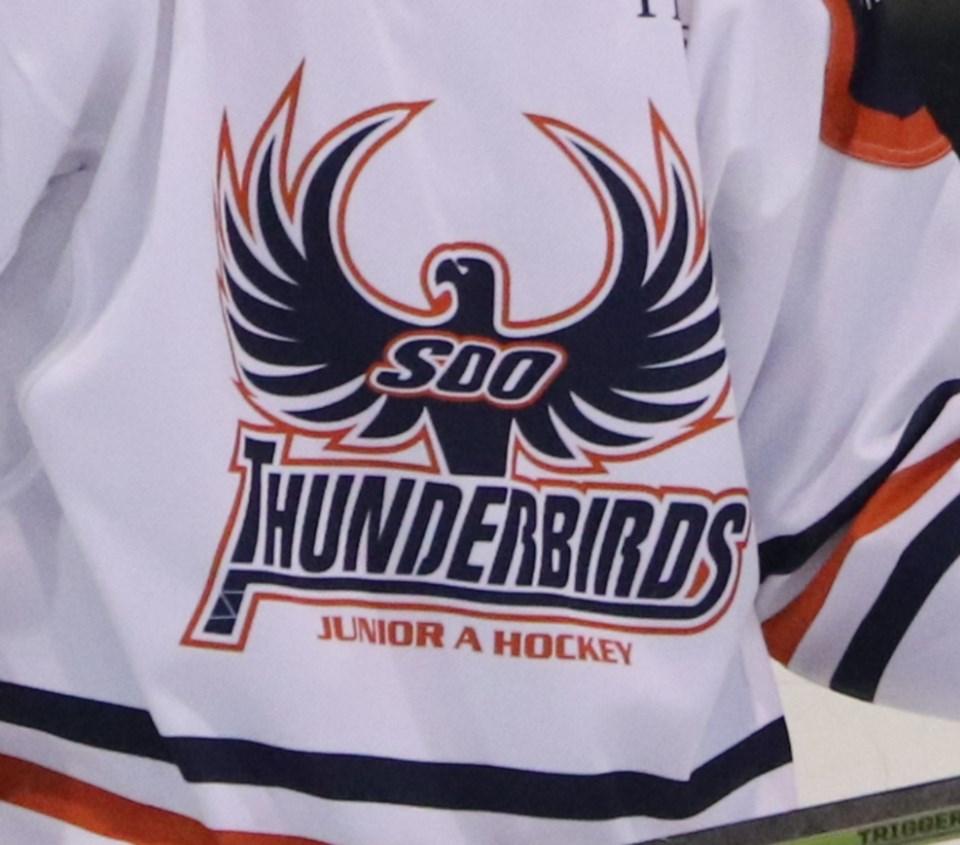 After signing a pair of players earlier in the week, the Northern Ontario Junior Hockey League’s Soo Thunderbirds inked a pair of locals over the weekend.

The team announced the signing of defenceman Michael Beltrano and forward Samuel Lake of the Soo Jr. Greyhounds.

Beltrano, 17, is coming off his second season with the Jr. Greyhounds.

“Michael’s game has really grown over the past two seasons with the under-18 program,” Thunderbirds general manager Jamie Henderson said in a prepared statement. “He really stepped out of his comfort zone this season and you can see his confidence grow by the week. You always know what you’re going to get with Michael and he will be a popular teammate and a team first guy.”

Henderson called Lake “one of those guys you hate to play against but love to have on your side.”

“He will make life tough on opponents and brings a competitive spirit to the team,” Henderson added.

Both players are looking forward to suiting up with the Thunderbirds.

“Signing with the Thunderbirds is very exciting for me because it gives me the opportunity to play at a higher level of hockey which was one of my goals. It will be a challenge that I am looking forward to,” Beltrano said.

“Last year with the Jr. Hounds was an impact on my skill being able to reach very high potential,” Lake added. “We also had an amazing group of guys that were very talented, and the coaching staff was awesome too.”

The signings come on the heels of inking Kyle Trottier and Kelsey Ouellet of the Kapuskasing Flyers last week.