After an 8-1 win at home on Thursday, the Thunderbirds went on the road and picked up a victory over the Beavers in Blind River
Mar 27, 2021 10:28 PM By: Brad Coccimiglio 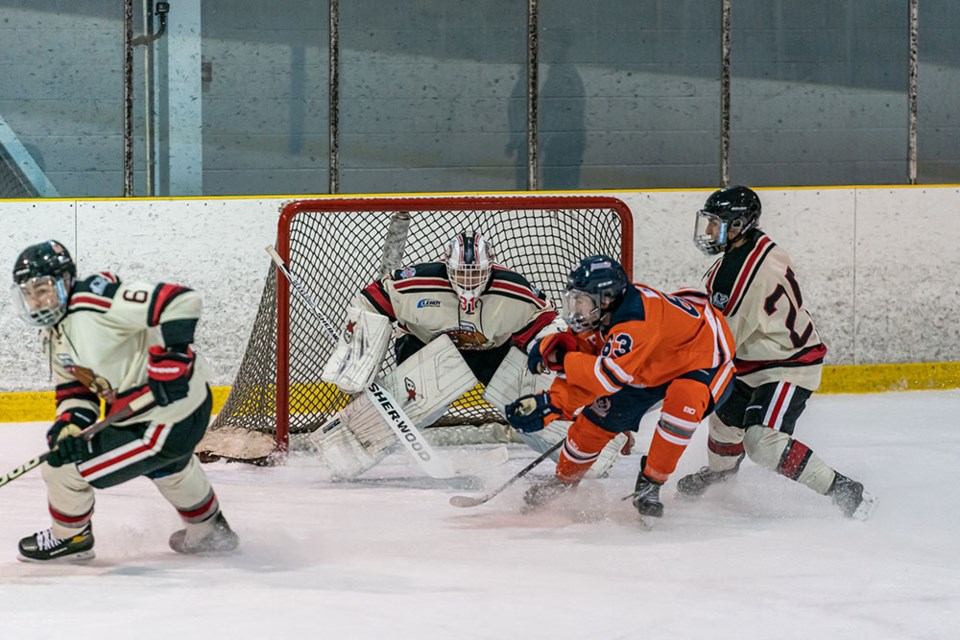 With the season winding down for the Northern Ontario Junior Hockey League’s Soo Thunderbirds, head coach Denny Lambert feels as though the team has found their identity as the COVID Cup with the Blind River Beavers winds down.

On the heels of an 8-1 victory over the Beavers on Thursday night on home ice, the Thunderbirds picked up a 5-1 win on Saturday night in game six of the seven-game series between the two clubs at the Blind River Community Centre.

The Thunderbirds scored four times in the second period, which included a pair of tallies by veteran forward Caleb Wood en route to the win.

“It took the first period to get our legs going and once we got our legs going, it was where we were really playing our style,” Lambert said. “Over the course of the last little bit here, they’ve found their team identity and what they could be. They played a very strong two-way game, scoring goals and playing really solid defensively. It’s been a messed up season (due to COVID, but they know who they are right now, which is a great sign.”

Wood opened the scoring in the second period 63 seconds into the frame when he beat Beavers goaltender Gavin Disano with a shot from the top of the left faceoff circle through a Blind River defender.

Just over five minutes later, Andrew Malek extended the lead, beating Disano with a shot from the left circle stick side.

The Thunderbirds would go up 3-0 at 14:16 of the second when Noah Boman went to the net and redirected a pass from Wood high stick side on Disano.

Wood proceeded to make it 4-0 as he scored his ninth goal of the season on a shot from the slot after taking a feed from Boman at 17:02.

Jacob Kelly got Blind River’s lone goal in the contest in the final minute of the second period when he converted a give-and-go with Noah Minns on the power play and beat Thunderbirds goaltender Alex Bugeja.

Defenceman Cam Dutkiewicz capped off the scoring for the Thunderbirds with an empty net goal late in the third period.

The Thunderbirds outshot the Beavers 43-22 over the final two periods.

Disano made 44 saves in the game while Bugeja made 33 at the other end.

In addition to his goal, Dutkiewicz assisted on a pair of Sault goals.

The COVID Cup is set to wrap up between the two clubs on Sunday at the John Rhodes Community Centre. Puck drop is set for 2 p.m.