Michael Chaffay and Ty Zachary, who spent the 2019-20 season playing AAA midget with the Soo Jr. Greyhounds, have signed on the play junior hockey next season
Jun 7, 2020 5:00 PM By: Brad Coccimiglio 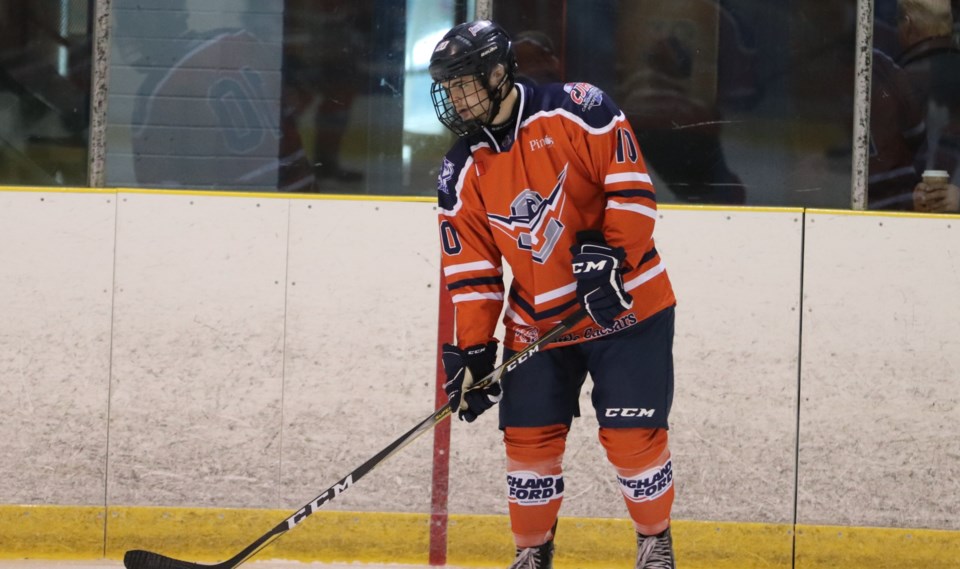 Though the exact start of the season remains up in the air due to the COVID-19 pandemic, the Thunderbirds announced a pair of signings Saturday ahead of the season.

The team has inked a pair of players who spent the 2019-20 season with the Great North Midget League’s Soo Jr. Greyhounds in forward Michael Chaffay and Ty Zachary.

Zachary called Chaffay a “model of consistency” in his time with the Jr. Greyhounds.

“Michael plays with a chip on his shoulder, has an above-average shot, and brings his passion for the game to the rink every day,” the Thunderbirds general manager added. “He brings key attributes that the Soo Thunderbirds will build around.”

Chaffay saw action in eight games with the Thunderbirds in 2019-20, scoring once and assisted on three other goals.

In seven games with the Thunderbirds in 2019-20, the younger Zachary had a goal and three points.

“Ty brings a level of commitment and consistency that’s important at the junior level,” the Thunderbirds general manager said, noting the time that Ty missed in major bantam and minor midget before having surgery and rehabbing to get back. “He has proven that hard work and dedication to the game is paying off. His leadership, play making abilities, and work ethic will be major contributors to his success with the Thunderbirds.”

Ty missed time after a tumour caused fractures in his femur and meant surgery and rehab at Shriners Hospital in Montreal.

Chaffay and Zachary were among a group of four 2002 birth years that helped lead a young Jr. Greyhounds team to the best regular-season record in the GNML at 28-7-2-1.

“Any U18 team is led by their 17-year-olds in their last year and when you have guys like Michael Chaffay and Ty Zachary leading the way, offensively they were spearheading our team,” Jr. Greyhounds coach Jamie Henderson said after the season concluded.

Chaffay led the team with 34 goals in 35 games and finished the season with 53 points while Zachary had 11 goals and 39 points in 38 games.