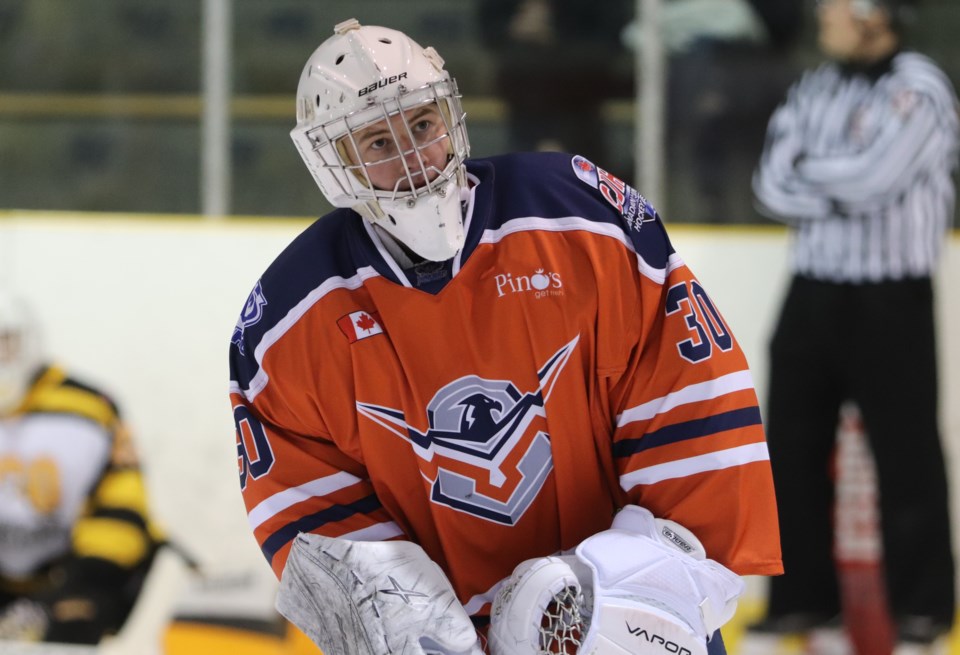 The final weekend of the Northern Ontario Junior Hockey League regular season got underway for the Soo Thunderbirds on Friday night and it opened on a positive note.

The Thunderbirds scored three times in the third period in a 4-2 win over the Blind River Beavers Friday at the John Rhodes Community Centre.

After the Beavers tied the game at two thanks to a goal by Bryan Clahassey just over seven minutes into the final period, Kurtis Rogers broke the tie 2:32 later to put the Thunderbirds ahead for good.

Thunderbirds goaltender Dakota Meyer made 37 saves, including 17 in the third period.

Tyler Savard assisted on three goals for the Thunderbirds while Jacob Kovacs had a goal and an assist.

Mackenzie Walkington had the other Sault goal.

Clahassey had a goal and an assist for the Beavers.

The Thunderbirds wrap up regular season play on Saturday night on the road against the Soo (Mich.) Eagles. Puck drop at Pullar Stadium in the Michigan Sault is set for 7 p.m.