Team Jacobs' run comes to an end in B.C. 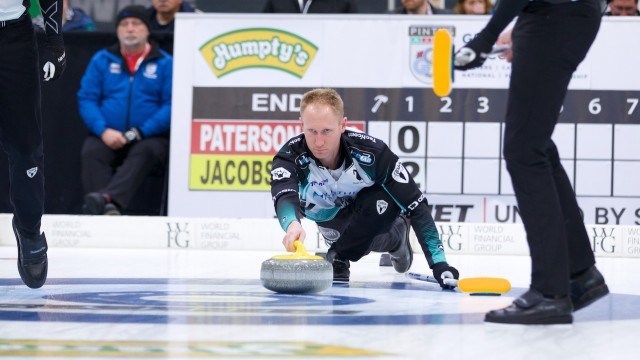 It took a quality shot by his opponent to end Brad Jacobs’ run at the Ashley Homestore Curling Classic in Penticton, B.C. on Sunday.

Facing Langley, B.C.’s Tyler Tardi in playoff round action at the four-day event, the Jacobs rink held a 4-3 advantage heading into the eighth end.

Tardi made a runback to remove a Jacobs stone in the house and score a pair in the final end to beat Jacobs 5-4 and move on at the event.

The Jacobs rink opened the day on Sunday with its third consecutive win, capping off round robin action with a 7-1 win over Cameron de Jong of Victoria, B.C. in the opening draw of the day on Sunday.

Jacobs jumped out to an early lead with three in the opening end and never looked back.

De Jong got on the board with a single in the second end.

Jacobs proceeded to go up 4-1 with a single in the third end before sealing the win with three in the fourth end.

The round robin finished with seven teams holding a 3-2 record, leading to playoff games to decide four quarter-final spots at the tournament.