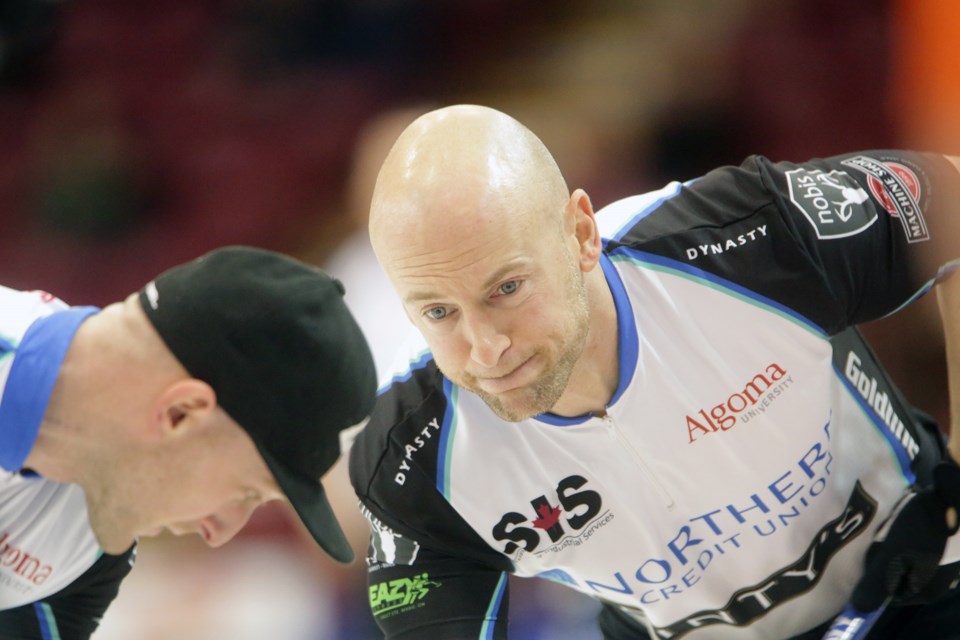 Team Jacobs has released its lineup for the 2018 Home Hardware Canada Cup and the Boost National Grand Slam of Curling as Ryan Fry remains on indefinite leave following a high-profile incident in Red Deer.

The team's lineup for the next two events will be:

Kennedy, from St. Albert, Ab, is the former third for Team Kevin Koe. He parted ways from the team after the 2017-2018 Pinty's Grand Slam of Curling. He captured an Olympic gold medal for Canada with skip Kevin Martin at the 2010 Vancouver games, has won two world and three Brier Championships in addition to 11 Pinty's titles.

Wozniak, from Winnipeg, Mb, is the former second for Team Mike McEwan. During their eleven years together, Team Mike McEwan won the Manitoba men's curling title in 2016 and 2017 as well as bronze in the Tim Horton's Brier in 2017. They also captured six Pinty's titles together.

The Canada Cup will take place from Dec. 5-9, 2018 at the Affinity Place in Estavan, Sk. The Grand Slam of Curling runs Dec. 11-16 in Conception Bay South, Nfld.

The two will fill in for Team Jacobs third Fry, who is on an indefinite leave from the team after a drunken and disruptive incident at the World Curling Tour's Red Deer Classic. Fry was playing on a rink skipped by Jamie Koe during the event.

On Nov. 21, Team Jacobs released Fry's statement on their Facebook page. An excerpt reads, "Due to recent events, I have decided to take a leave from Team Jacobs. As hard as this is, I need to focus my full energy on my growth and self-improvement as this goes beyond last weekend's events. I wish the team nothing but success while they compete in my absence. There is no confirmed time for my return, but I am extremely committed to do everything possible to rebound."

The team wrote, "We support Ryan's decision to take the necessary time right now to focus on himself - this is more important than sport. Our focus is what is best for Ryan personally, as he is not just our teammate, but also one of our good friends."

For more information on the incident and subsequent statements, click here.