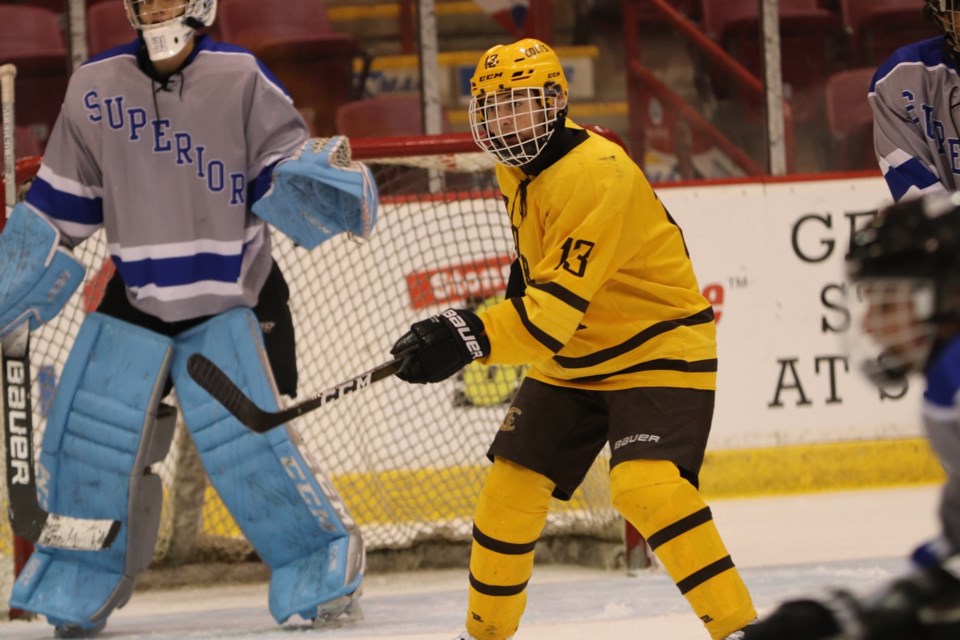 It took a pair of power play goals to force a third and deciding game in the high school hockey semifinal series between the Korah Colts and Superior Heights Steelhawks.

A goal by Cale Irwin in the third period was the difference as the Steelhawks scratched out a 2-1 win over the Colts on Thursday at the John Rhodes Community Centre to even the series between the two teams at one game apiece.

Mark Keenan had the other goal for the Steelhawks, scoring on the power play in the second period.

Daniel Carricato had the lone goal for the Colts, who won the series opener by a 3-0 margin on Sunday night.

Game three is set for Monday at the John Rhodes Community Centre beginning at 3 p.m.

The winner of that game will advance to the city final where they will face St. Mary’s in a best-of-5 series that begins on Feb. 26.