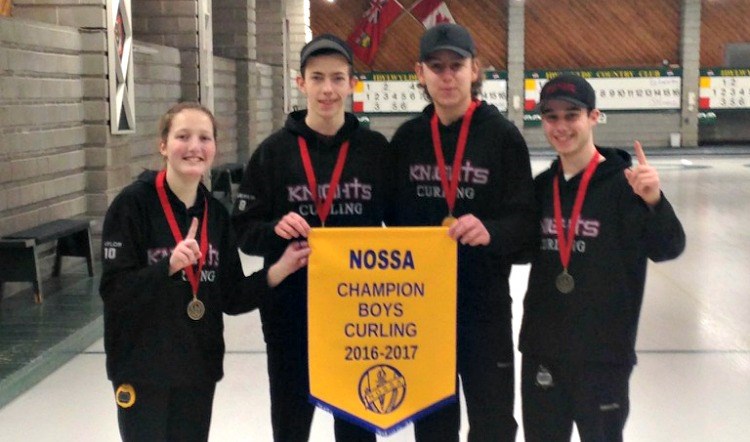 The St. Mary’s boy’s curling team has earned a berth in the Ontario Federation of School Athletic Associations (OFSAA) championship.

St. Mary’s advanced to the final thanks to a 9-5 win over Widdifield Secondary School of North Bay in earlier action on Friday.

St. Mary’s advances to the OFSAA championship in North Bay, which kicks off on Mar. 22.

White Pines team of Aaron Soulliere, Bryson Petingalo, Nicole Costello and Logan Sylvestre also participated in the tournament, finishing the double-knockout event with a 1-2 record after an 8-2 loss to Sudbury’s St. Charles on Friday.

In the girl’s division, the Superior Heights team of Erin McLean, Catherine Mesich, Breanne Hamilton, and Madeline Coutu finished NOSSA with a 1-2 record after losing 6-5 to Sacre Coeur of Sudbury in an extra end on Friday.