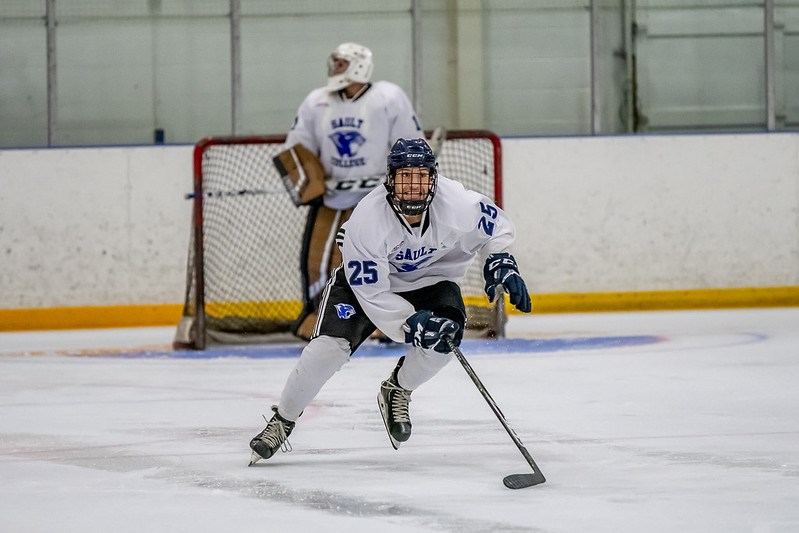 The Sault College men’s hockey team picked up a win and a tie in American Collegiate Hockey Association (ACHA) action over the weekend at Marian University.

Both games required extra time as the two schools met for the first time this season.

On Friday night, Andrew Barbeau had the overtime winner as Sault College picked up a 5-4 victory.

Ryan Vendramin had two goals and an assist in the win while Mark Tassone and Noah Serre also scored.

Paul Kinder had a pair of goals for Marian.

On Saturday, the two teams skated to a 2-2 tie to cap off the weekend.

Brown had a goal and an assist in regulation time for Marian while Miles Giorgione also scored.

Next up for Sault College is a pair of home games next weekend against Trine University beginning on Oct. 18.

This is an updated version of this story.