Challenges lie ahead as Ron Francis is named the general manager of the NHL's newest franchise
Jul 18, 2019 4:30 PM By: Brad Coccimiglio 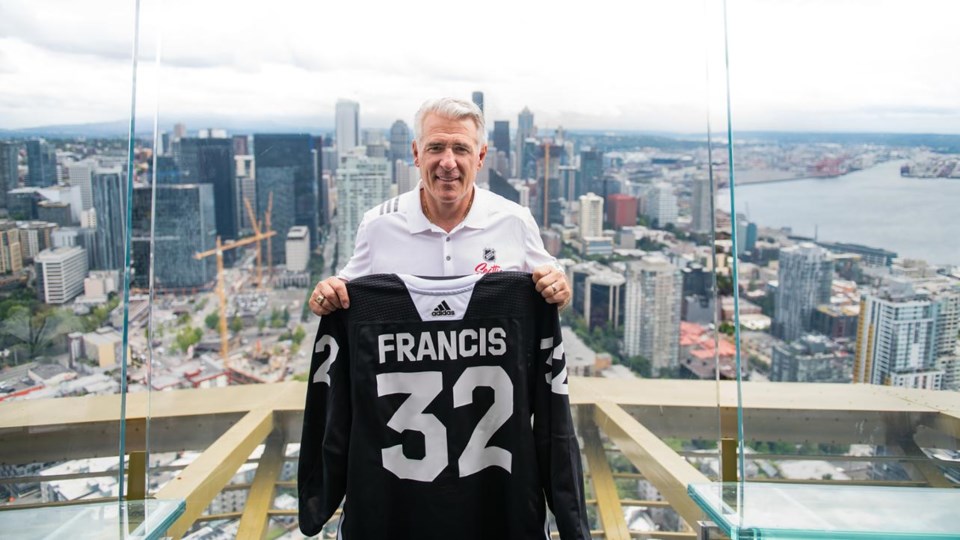 The hiring became official on Thursday.

Sault Ste. Marie’s Ron Francis has been introduced as the first general manager of the newest NHL franchise.

At a press conference on Thursday, Francis was named the new Seattle general manager.

“This is a great opportunity,” Francis said during the press conference.

“Sure, it’s a daunting task and a lot of work but it’s a challenge that you don’t get every day,” Francis also said. “I’m really excited about the challenge.”

Following his retirement as a player, Francis spent four seasons as general manager of the Carolina Hurricanes from 2014 to 2018.

After stepping away from the game following his departure from the Hurricanes, Francis said opportunities to work with Hockey Canada as part of the management team with the Spengler Cup and World Hockey Championship entries ignited the spark to get back into the game.

Francis said the opportunity to join an expansion team played a little bit in the decision as well as the ownership and its willingness to do the right things.

“There are no corners being cut,” Francis said of the ownership.

The yet-to-be-named franchise made the decision to put a general manager in place a year earlier than anticipated to get the ball rolling on building the team.

“We’ve got some time to get our scouts together and get our homework done,” Francis said.

“We’re starting with an organizational flow chart and trying to get everything in order that we want to do with all of the different departments,” the 56-year-old also said.

“There are unique challenges,” said Seattle CEO Tod Leiweke. “Those challenges include not just building one team in the NHL but a second team in the American Hockey League.

“We’ve got to build a high-performance staff,” Leiweke added, also saying that Francis would be involved in the building of the new training centre for the franchise.

The team will be a part of an expansion draft next June prior to the NHL entry draft to build the roster foundation.

With the team not beginning play until the 2021-22 season, 32,000 deposits have already been made for season tickets with 25,000 more names on a waiting list.

Ron Francis reportedly tabbed as new Seattle GM
Jul 17, 2019 4:00 PM
Comments
We welcome your feedback and encourage you to share your thoughts. We ask that you be respectful of others and their points of view, refrain from personal attacks and stay on topic. To learn about our commenting policies and how we moderate, please read our Community Guidelines.