Rob skis 35 kilometres a day, all set for Olympics

Rob Lewis is a well known Sault athlete and fitness enthusiast; also a math genius, able to tell you what day of the week you were born
0
Jan 14, 2019 7:00 AM By: Darren Taylor 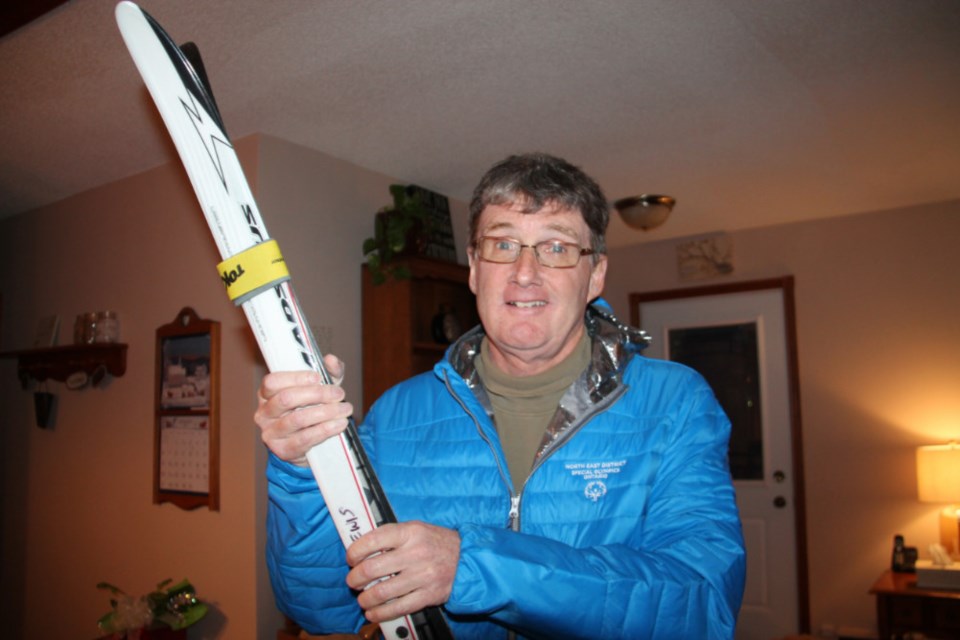 The Sault’s Rob Lewis is a well-recognized local fitness enthusiast, looking forward to competing in cross country skiing at the 2019 Special Olympics Ontario Provincial Winter Games to be held in Sault Ste. Marie Jan. 31 to Feb. 3.

“It’s something I always wanted to do. It makes me feel good,” said Rob, who qualified for the Olympics last spring, speaking to SooToday from his brother and sister-in-law’s east end home.

“That’s one of my sports,” said athletic Rob, who can also be seen walking around town, whether for exercise or to and from appointments (sometimes with walking poles), and who has also taken part in rowing in southern Ontario in the past.

“He would walk to Bellevue Park from the house when our parents lived on Creery Avenue, ski 35 kilometres around the park and walk back home, every single day,” marvelled Rob’s brother Mark.

Almost always with a stopwatch on his wrist and trying to improve on his own personal athletic best, Rob keeps record of how much he has skied, informing us he skied a total of 1,280 kilometres last winter (at Bellevue Park and the Sault Ste. Marie Golf Club), and walked 700 kilometres.

Rob has competed in the past at the National Special Olympics in Corner Brook, Newfoundland and Labrador (winning three bronze medals), and at the provincials in Thunder Bay and North Bay (where he won three gold and a silver).

“If we hung all his medals around his neck his head would be weighed down for sure,” chuckled brother Mark.

Mark said Rob, who previously worked from 1993 to 2011 on a part time basis at the Sault Ste. Marie Courthouse cafeteria, is a massive, willing help around the house.

As for other interests, Rob loves to sing, draw very structured depictions of rowers and other subject matter, is fascinated with trains, and loves to work out math problems, able to mentally convert six-digit figures from miles to kilometres in his head.

Also, if you tell Rob your birthdate, after a moment or two of thought, he’ll be able to tell you what day of the week it was!

“We’ll be cheering him on at the Olympics,” said Mark of Rob, who will be competing in five, seven-and-a-half and 10 kilometre races.