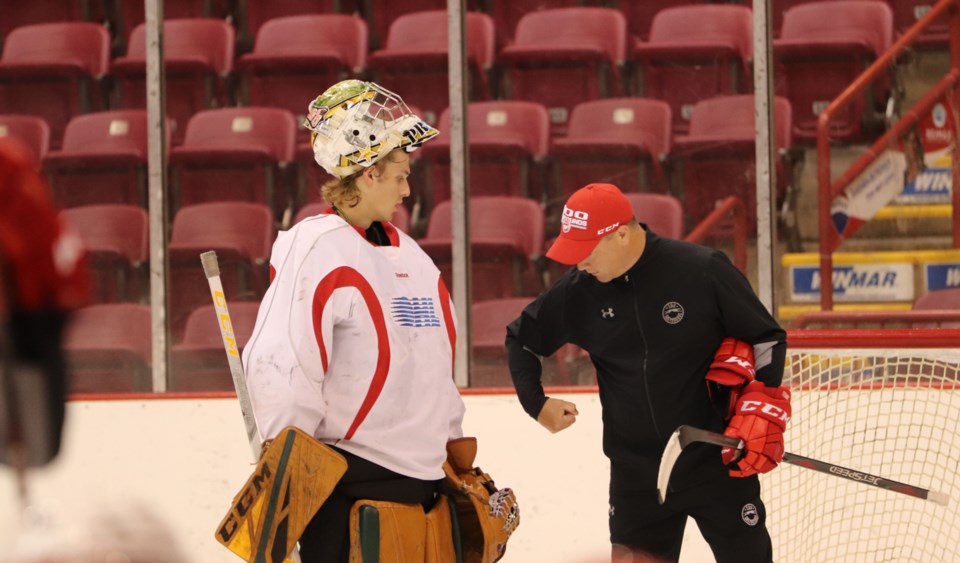 The Soo Greyhounds announced on Tuesday evening that the team has dealt overage goaltender Christian Propp to the Kingston Frontenacs.

Propp was dealt to the Eastern Conference club along with a 13th round draft pick in the 2023 OHL priority selection in exchange for goaltender Bailey Brkin.

Brkin started this season with the WHL's Moose Jaw Warriors where he posted a 6-6-1-0 record, a 3.8 goals against average and a 0.889 save percentage.

Further details will be added to this story.