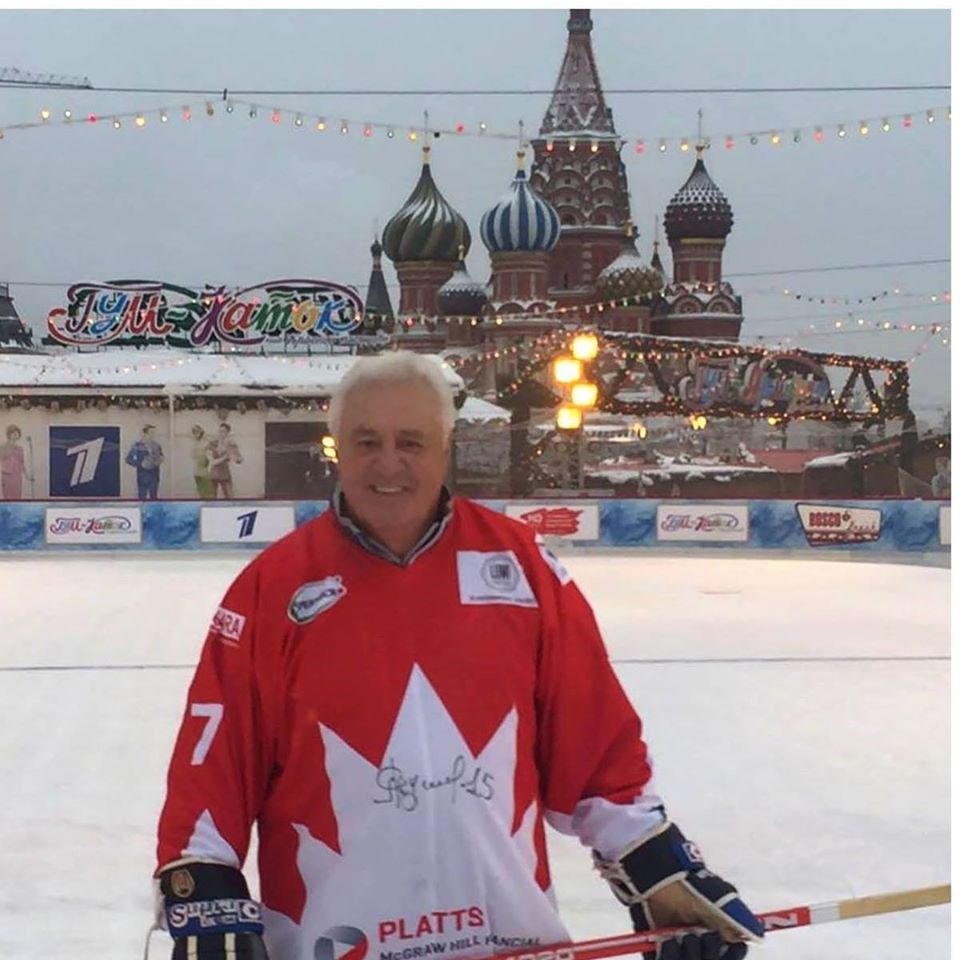 The 18-year National Hockey League veteran and Hockey Hall of Famer is a native of Sault Ste. Marie, Ont. as well as the grandfather of current Laker hockey student-athlete, Niko Esposito-Selivanov. The connection also spans to 16-year NHL goaltending veteran and Hockey Hall of Famer, Tony Esposito who is Phil's younger brother and Niko's great-uncle.

Esposito's involvement in the event will include a special pre-game ceremonial puck drop as well as appearances throughout the game.

"There's no better representative of the hockey heritage in Sault Ste. Marie than Phil Esposito," said Dr. David Paitson, director of athletics at Lake Superior State. "We are honoured to have him attend as our special guest as he is the perfect example of what this event is all about. Phil's legacy combined with the connection to Lake State in Niko perfectly illustrates the link between our communities."

Esposito is known for his illustrious playing career with the Chicago Blackhawks, Boston Bruins and New York Rangers. The centerman spent the first three seasons of his career in Chicago before being dealt to the Bruins in 1967, where his career would flourish. During the 1969-70 season, Esposito would become the first player in NHL history to score 100 points in a season when he notched 126 for Boston. During the 1970-71 season, Esposito set the league record for most goals in a season (76) as well as points in a season (152). Esposito would spend the final six years of his playing career as a New York Ranger where he served as team captain from 1975-78 and would lead the team to the Stanley Cup final in 1979.

In international play, Esposito is known for his dominant performance in the 1972 Summit Series, an eight-game series between Canada and the Soviet Union. Esposito was the leading scorer for Team Canada in the series with seven goals and six assists, totalling 13 points in eight games.

For his play in the series, Esposito was honoured with the Lou Marsh Trophy, which is annually awarded to Canada's top athlete and was also named an officer to the Order of Canada, the nation's second-highest honour.

At the time of his retirement in 1981, Esposito ranked second in all-time goals (717) and points (1590), and third in assists (873). Over the course of his career, Esposito won the Stanley Cup twice, the Hart Trophy twice, the Art Ross Trophy five times, the Lester B. Pearson Award twice, the Lester Patrick Award, was named to the NHL First All-Star Team six times, played in 10 NHL All-Star Games and was named one of the 100 Greatest NHL Players by the league in 2017. Esposito was inducted into the Hockey Hall of Fame in 1984 and had his #7 jersey retired by the Boston Bruins.

Since retiring from playing, Esposito has remained heavily involved in the NHL in a variety of capacities. Esposito served as the head coach, general manager and vice-president of the Rangers while also spending time as a TV analyst for MSG Network. In the years that followed, Esposito would be integral in the founding of the Tampa Bay Lightning in 1992, helping the organization secure the expansion bid. Up until 1998, Esposito served as the Lightning's president and general manager.

Currently, Esposito is in his 19th season as the Lightning's radio analyst during home games and also serves as the team's vice president of corporate relations.

The game will act as a showcase of Lake Superior State University from more than just an athletic standpoint. Events for alumni, current students and prospective students will be held in the hours leading up to as well as during the game.

The Alumni Association will host a pre-game social in the Angelo Bumbacco room in the arena beginning at 5:30 p.m. Student Life has organized a pre-game party at Soo Blaster in Sault, Ontario starting at 4:30 p.m. Prospective students who have responded to emails about the events received up to four tickets for themselves and family members to attend the game where they can meet with admissions representatives.

Fans looking to attend the game to welcome back one of Sault Ste. Marie's finest can purchase tickets here.

Before the Lakers cross the border for the Feb. 15 game, the team will have a full slate of games ahead of them including a home series this weekend against Alaska Anchorage. The Lakers will take on the Seawolves in a WCHA matchup on Friday, Jan. 24 at 7 p.m. and Saturday, Jan. 25 at 7 p.m. at the Taffy Abel Arena in Sault Ste. Marie, Mich. To purchase tickets, click here or call 906-635-2601.