Soo Greyhounds defenceman will make a trip overseas prior to training camp thanks to putting in some hard work over the summer
0
Jul 31, 2019 6:30 PM By: Brad Coccimiglio 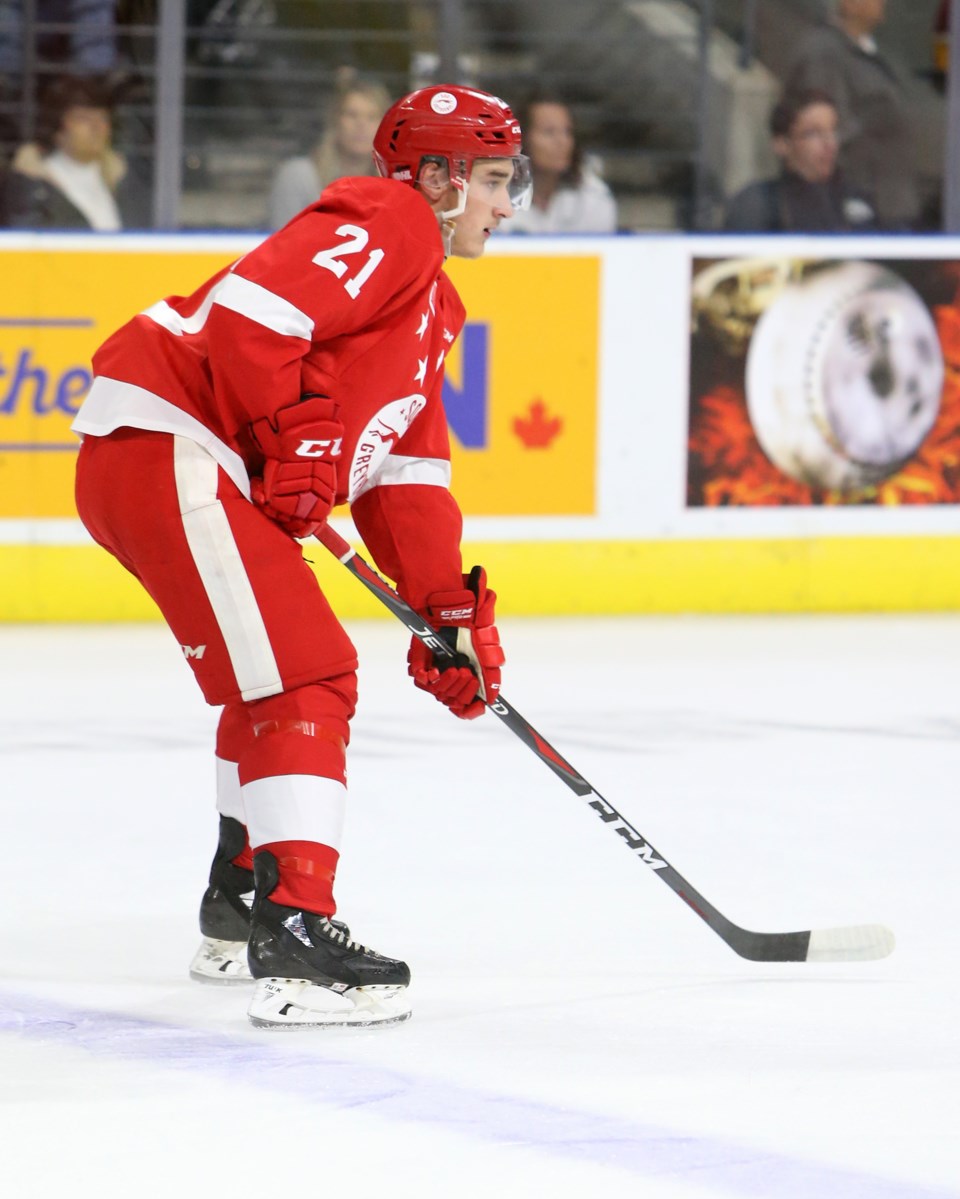 An impressive rookie season and putting extra work over the summer has meant an international opportunity for Soo Greyhounds defenceman Ryan O’Rourke.

As he prepares for his second Ontario Hockey League season. O’Rourke has an opportunity to represent his country before getting his junior season started after earning a spot on Team Canada at the 2019 Hlinka Gretzky Cup, which begins Monday in Breclav, Czech Republic and Piestany, Slovakia.

“All of the hard work that I’ve put in in the last year has really paid off,” O’Rourke said.

“Even just being recognized and invited to the camp with 44 guys, that was even an honour,” O’Rourke said of the opportunity to compete in the event. “Making it is the icing on the cake.”

In his first season with the Greyhounds, O’Rourke scored eight times and had 22 points in 62 games and added a pair of assists in 11 playoff games.

The 17-year-old defenceman called the summer a grind, but a needed one as he prepares for his NHL draft year.

“This summer has been pretty big for me, not only with the draft coming up next summer, even just preparing for this by skating multiple times a week and working out almost every day, it’s been a really hard grind,” O’Rourke said.

O’Rourke earned praise from his soon-to-be coach with Team Canada during the selection camp.

“He’s gotten better every day,” Team Canada coach Michael Dyck said of the Greyhounds blueliner. “He’s certainly a guy that, when I talk about depth and about the ability to play up in different spots, he’s certainly one of those guys. He’s a reliable, steady guy away from the puck. He makes a good first pass and he has the ability to create offence too and join the rush. He’s certainly a guy that we can play in a lot of different spots.”

The depth of the Canadian team is something that Dyck feels will be a key.

“The strength is going to be its depth,” Dyck said. “We’ve got a really nice mix of size up front, size on the back and we’re complimented with some speed and some skill, guys that can make plays. We have some guys that can create a lot of energy. We can bring a physical element and that’s not only up front, but on our back end as well.

“And in net, we’ve got two guys that we have a lot of confidence in and we think can be starting goaltenders,” Dyck added. “Our depth is certainly going to be our strength.”

The team was set to depart Calgary today in preparation for a pre-tournament game on Aug. 3 in Piestany against Slovakia before moving on the Breclav for the round robin.

Team Canada opens round robin action on Monday against Finland.

The tournament is one of two U18 tournaments held annually. The second, run by the International Ice Hockey Federation, is held in April. The team that represents Canada in that event is selected from players not competing in playoff action with their club teams in North America.