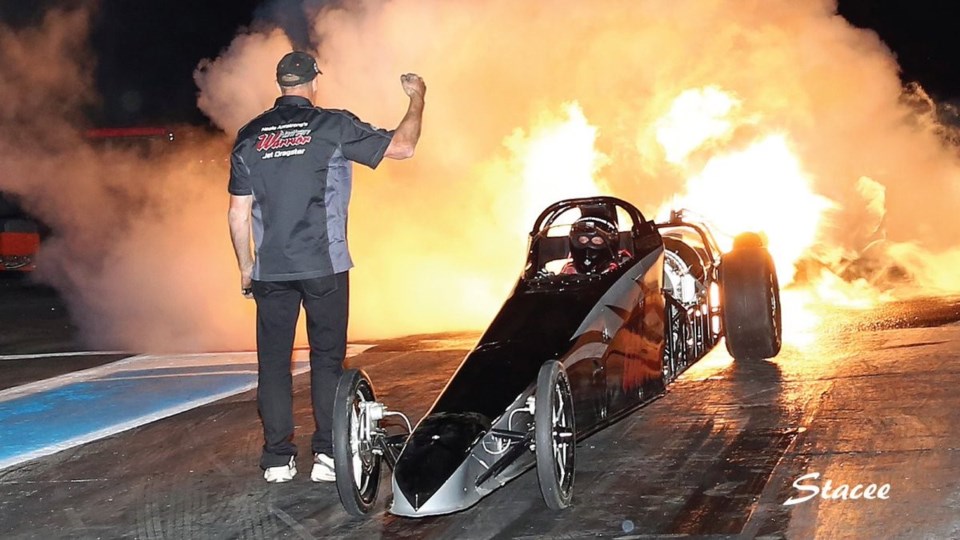 Elliot Lake's North Shore Challenge Drag Race has reached a milestone – it's 20th anniversary. It will happen when the longest-running airport strip drag race in northern Ontario comes to town this weekend at the Elliot Lake Airport Dragway.

Both pro and street drag race cars will be presented along with high-powered rail cars. There will be an enhanced prize purse as well. In the Hard Rock Triple Crown Race, series drivers must participate in all three northern Ontario races (Elliot Lake, Wawa and Chapleau) in order to qualify to win a pay down of three prizes which will add up to $5,000. The North Shore Challenge is the richest drag race in Canada.

City of Elliot Lake Mayor Dan Marchisella stated, “I feel the excitement building as we get closer to the 20th anniversary of the North Shore Challenge Drag Race."

The Mayor confirmed Bruno’s Auto Repairs and NAPA Power Sports as the major sponsors for this event. "I look forward to the increased levels of participation and activities that this 20th year will bring,” he added.

William Elliott of the North Shore Cruisers Car Club, partners with The City of Elliot Lake for the event, noted the two major sponsors "have been long-time supporters of our races, and we are thrilled that in this year, our 20th, they have stepped up to take on the Title Rights and Presenting Rights roles."

"The North Shore Cruisers couldn’t be more pleased in having these two groups of race enthusiasts involved in our event – it’s going to be great!” he continued.

The North Shore Challenge is being promoted by Arnie Malcolm of Luskville Raceway. He calls the ongoing success of the showcase event huge accomplishment, adding, “It is an honour to be part of the 20th annual North Shore Challenge, a race that has become a must-do in the Canadian drag racing world."

Bruno's proprietor Bruno Serre stated, “My wife, Lorraine, has operated the driver’s gate/registration all these years, and as far as the racers are concerned is the ‘face of the event’. We have seen this event grow to become Northern Ontario’s most prominent airport drag race. In this, our 20th year, we have stepped up our support and are extremely proud to be the title rights sponsor.”

Long-time supporter, NAPA Autoparts/Power Sports has also returned to the event as the presenting sponsor this year.

With over 150 volunteers, local groups are able to raise funds to assist in their own special projects, and the North Shore Cruisers raise funds to benefit their Sick Kids Fund.

Event passes are $45 for adults and $20 for youth (ages 11-18). VIP adult passes are $120 with youth VIP passes at $85. This year, only weekend passes are available. They can be purchased in advance at Collins Hall on Hillside North in Elliot Lake (Monday to Friday from 9 a.m. to 1 p.m.), at the Elliot Lake Tourism Trailer (at Westview Trailer Park) and at the gate.

Further information can be found here. Information is also available on their Facebook page or by calling the Elliot Lake Welcome Centre at 705-848-2287 ext. 2406.