Lumberjacks rebound to even series with Thunderbirds

The NOJHL final between the Soo Thunderbirds and Hearst Lumberjacks will heat to Hearst tied at one
Apr 15, 2019 8:00 AM By: Brad Coccimiglio 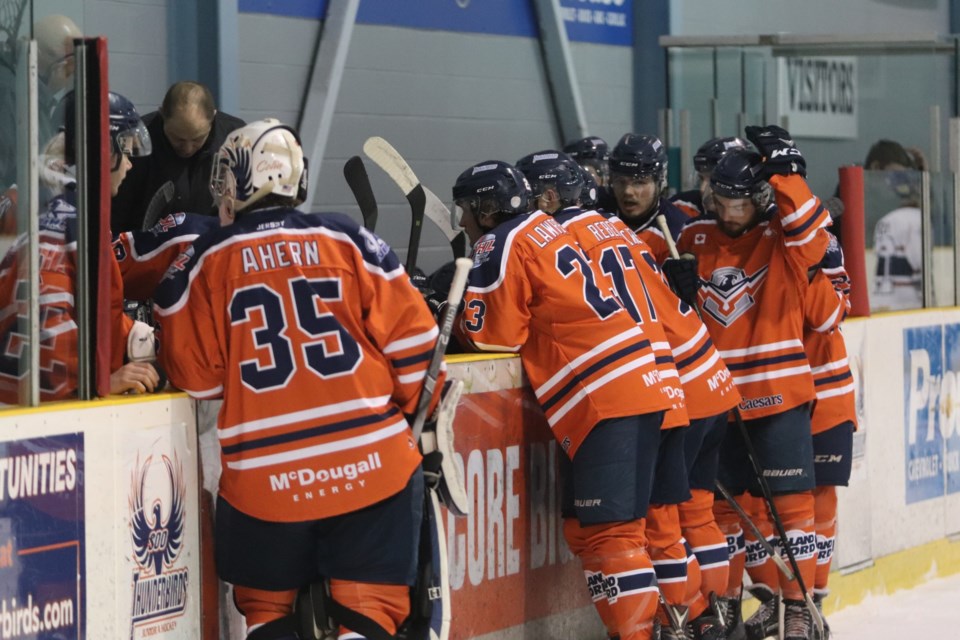 After a tight loss in the series opener on Saturday night, the Hearst Lumberjacks will return home with a split against the Soo Thunderbirds in the Northern Ontario Junior Hockey League final.

The Lumberjacks scored five times in the second period en route to a 7-3 win on Sunday over the Thunderbirds at the John Rhodes Community Centre.

After taking a 1-0 lead through 20 minutes, the two clubs traded goals early in the second period before Hearst scored four times in just under seven minutes to take control of the game.

The Thunderbirds scored late in the second period, but the damage had already been done before the teams traded tallies in the final 20 minutes.

Lucas Theriault, Tyler Malpass, and Kaidan McDonald completed the scoring for the Thunderbirds.

Colin Ahern got the start in goal for the Thunderbirds but was pulled after giving up five goals on 24 shots. William Anderson entered the game and stopped eight of 10 shots the rest of the way for the locals.

Bradley Golant and Blaise Arkle chipped in with a goal and an assist each for Hearst.

The series now shifts to Hearst for games three and four. Game three is Wednesday night with game four 24 hours later. Puck drop for both contests is set for 7 p.m.

Game five is Saturday night at the John Rhodes Community Centre at 7 p.m.