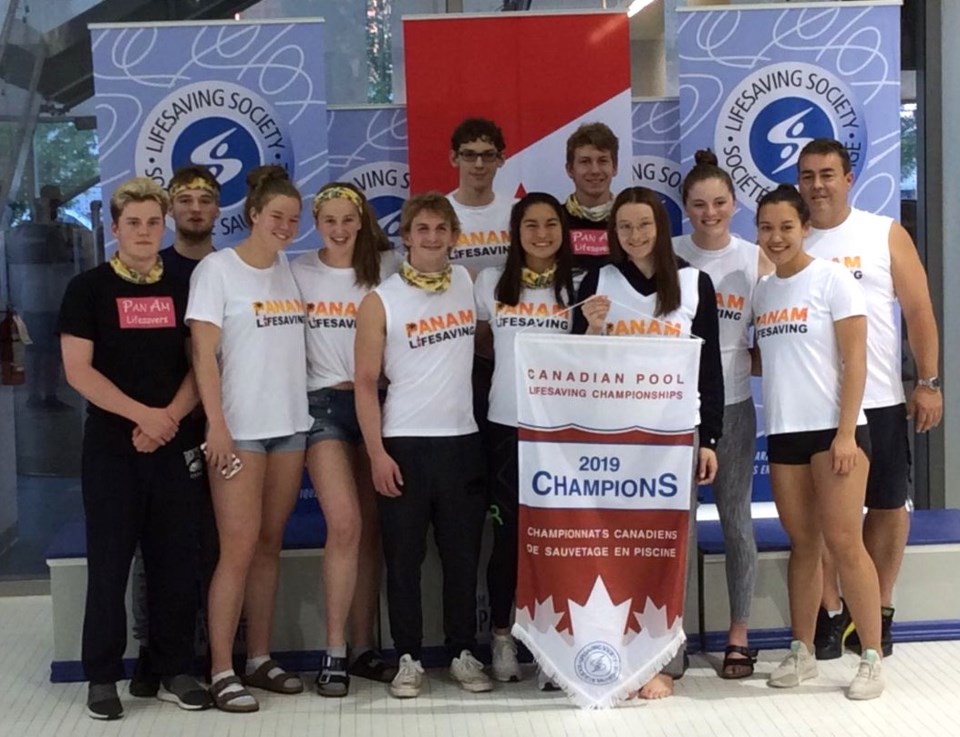 This event featured 22 teams from all over Canada competing in various events which combined endurance, strength and team work.

The Pan Am Lifesaving Team, coached by Don Burton, consisted of many competitive swimmers who train at the Ontario Swim Academy based out of Toronto. Starzomski is one of the athletes who trains with Burton on a regular basis. Several swim practices a week over the last few months were dedicated to preparing for this National Lifesaving event.

Starzomski made finals in several events, as well as helping one of the relay teams to a gold medal. Several of Starzomski’s team mates were chosen to represent Canada at a world competition in Leeds, England.