The Blind River Beavers scored twice in the final 68 seconds of regulation time to beat the Soo Thunderbirds on Sunday afternoon
Mar 7, 2021 5:59 PM By: Brad Coccimiglio 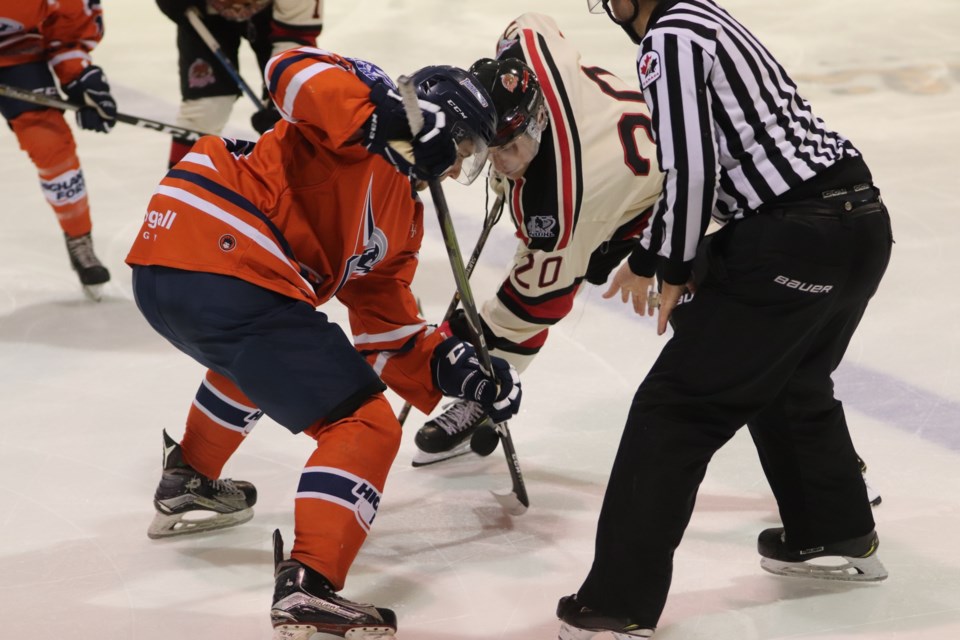 An 11-second span turned what looked to be a weekend split for the Soo Thunderbirds into two losses.

Blind River Beavers forward Thomas Michaud scored a pair of goals 11 seconds apart in the final 68 seconds of regulation time to give the Beavers a 5-4 Northern Ontario Junior Hockey League victory over the Thunderbirds at the John Rhodes Community Centre.

With the Thunderbirds leading 4-3 late, Michaud tied the contest as he beat Sault goaltender Scott Young glove side from the slot after forcing a turnover at the blueline with 1:08 to go.

That set the stage for his game-winner as the 20-year-old went to the net and redirected a nice feed from Matt Cato to give the Beavers the win.

The Thunderbirds had taken a 4-3 lead earlier in the frame when Brock Santa Maria beat Beavers netminder Gavin Disano with a backhand high stick side with just over seven minutes to go in the third.

With the visitors leading Devin Mauro made it 3-2 when he beat Young from the slot just over sis minutes into the period.

Jacob Kelly then tied the game with a power play goal at 9:27 of the third when he beat Young stick side from the slot.

Joshua Maine opened the scoring for Blind River with 1:13 to go in the opening period.

With the Beavers up a goal, the Thunderbirds scored three times in the second period to take the lead.

Defenceman Cam Dutkiewicz got the visitors on the board just under four minutes into the middle stanza when he cut to the Beavers goal from the right wing and beat Disano with a backhand on the man advantage.

Cooper Smyl then put the Thunderbirds up by a pair with goals 1:13 apart later in the period.

Dylan Parsons had a pair of assists for the Thunderbirds.

Kelly finished the night with a goal and an assist for Blind River while Noah Minns assisted on three goals.

The two-goal night gives Smyl 12 goals this season, eight of which have come since the team returned to action in late-February.

In goal, Disano finished the night with 35 saves for Blind River, including 14 in the third period.

Young made 31 saves for the Thunderbirds.