Josh and the team ready to throw rocks 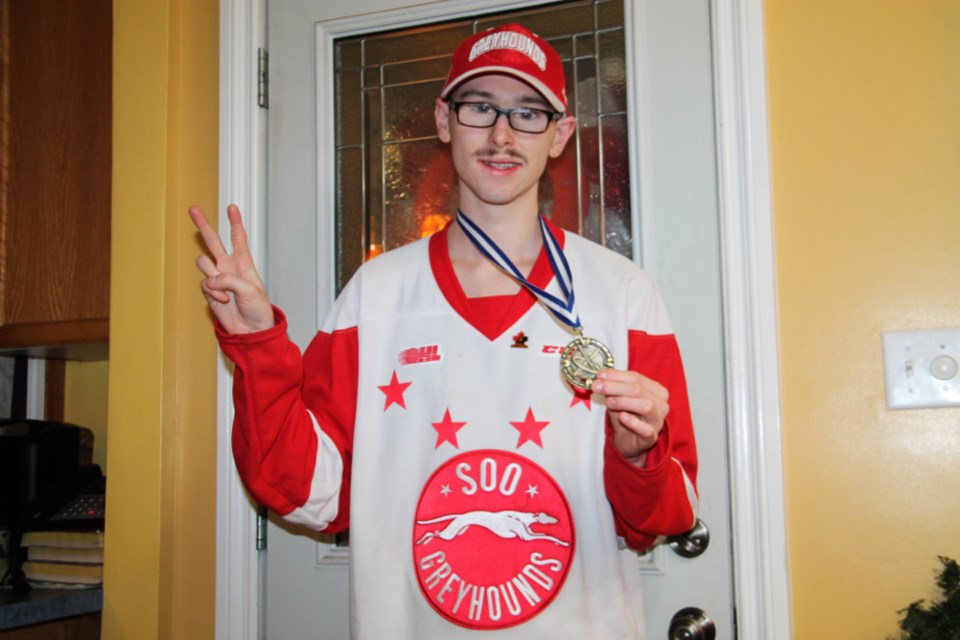 The Sault’s Josh Chartrand is looking forward to curling with his teammates in the 2019 Special Olympics Ontario Provincial Winter Games, to be held in Sault Ste. Marie Jan. 31 to Feb. 3. Photo taken Dec. 19, 2018. Darren Taylor/SooToday

Among the 12 Saultites getting set to compete in the 2019 Special Olympics Ontario Provincial Winter Games is 20-year-old curler Josh Chartrand.

Josh, a St. Mary’s College student set to graduate in June, has been curling for four years, inspired by both local curling hero Brad Jacobs and his own family members, including father Craig Chartrand and mother Susan Bishop, to take up the sport.

“I like a lot of sports. Basketball, hockey, floor hockey, curling and baseball,” said Josh, who has also done some reading up on NHL history, naming Toronto Maple Leaf stars Tim Horton and Johnny Bower among his all-time favourites.

“I hope the Maple Leafs win the Cup this year.”

“I’m a huge Soo Greyhounds fan,” Josh added, proudly wearing his Greyhounds jersey and hat while speaking to SooToday in his east end home, also wearing a medal he won in a floor hockey tournament.

Josh enjoys attending Hounds games whenever he can.

“I have a lot of good friends in Sault Ste. Marie...I have two great brothers. One of them let me have his hockey card collection, one of the most valuable things I have.”

The 2019 Games will mark his first time in the Special Olympics.

“It felt like we were champions,” Josh said of how he felt when learning he and his teammates qualified for curling in the Games.

“They’re all good. We all play well together,” he said, praising teammates Vince Coccimiglio, brothers Shevy and Nathan Harman and Kristen Bonenfant.

While stating he is both happy and a bit nervous about playing in front of the hometown audience, Josh said “everybody’s more than welcome to come watch us compete.”

“We’re super excited and so proud (to see Josh compete),” his mother Susan said, his father Craig adding “it’ll be fun. We’ll all be there to watch.”