Jordan Nolan taken in 7th round of NHL draft

Jordan Nolan can now set his sights on a potential career in the National Hockey League.
Jun 27, 2009 3:26 PM By: Ken Hilderley 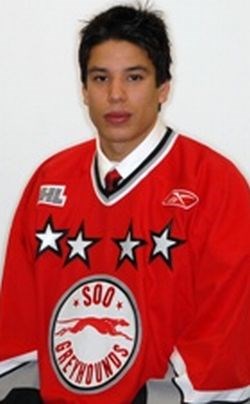 Jordan Nolan can now set his sights on a potential career in the National Hockey League.

Nolan, a product of Garden River, was taken in the seventh round, 186th overall, at the NHL Entry Draft on Saturday afternoon in Montreal by the Los Angeles Kings.

Nolan was the lone local product and lone Soo Greyhound to be taken during the seven-round selection process.

Nolan moved to the Hounds after a stint in Windsor from 2006-08, recording 27 points both seasons. He began his OHL career in 2005-06 with the Erie Otters, recording seven points and 20 penalty minutes in 33 games.

Nolan's OHL future was put in doubt after receiving a 20-game suspension for his actions in a fight against Plymouth on March 7. The suspension will cost Nolan almost a third of an overage season in the OHL.