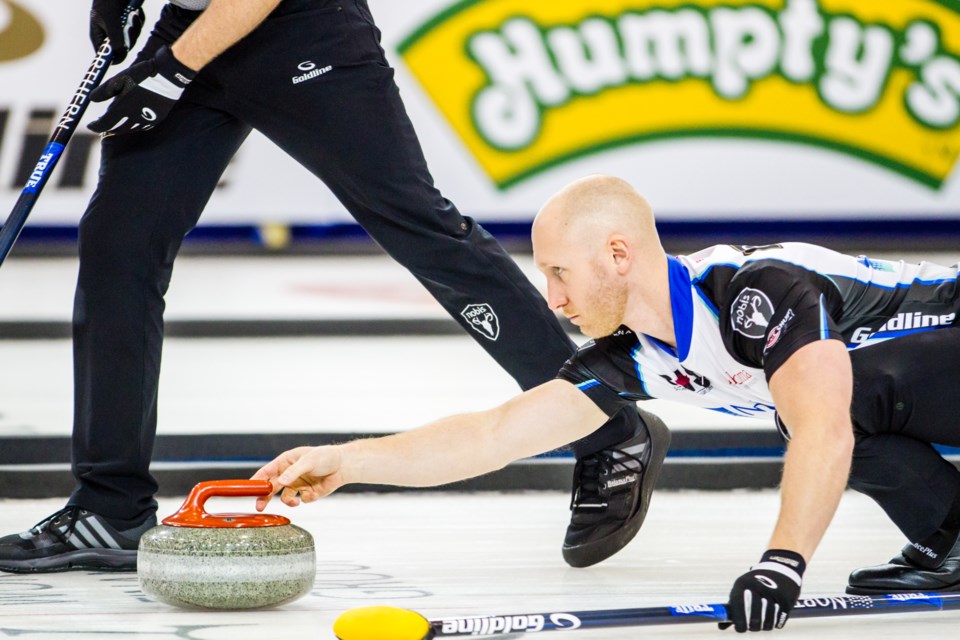 After two days at the Players’ Championship in Toronto, Brad Jacobs and his team from the Community First Curling Club sits with a 2-0 record.

The Jacobs rink, which includes third Ryan Fry, second, E.J. Harnden, and lead Ryan Harnden, opened the six-day Grand Slam of Curling event with a win on Tuesday night against Regina’s Matt Dunstone and continued the good start with a 7-4 victory over Edmonton’s Brendan Bottcher on Wednesday afternoon.

With the game tied at four in the seventh end, Jacobs made an open hit for three to take the lead before running Bottcher out of rocks in the final end.

Jacobs returns to action on Thursday morning against Toronto’s John Epping and caps off the day against Brad Gushue of St. John’s, Nfld. in draw eight at 4 p.m.

Jacobs is one of four teams who sit at 2-0 heading into action on Thursday.

The Players’ Championship features 12 men’s and 12 women’s teams who are split into two pools.

The top eight teams advance to the playoff round, which begins on Saturday with semifinal action set for Saturday evening.

The men’s final is at noon on Sunday with the women’s final to follow at 4 p.m.