Brad Jacobs picked up a win over Matt Dunstone on Tuesday in the opening draw of the Players' Championship
Apr 10, 2019 8:00 AM By: Brad Coccimiglio 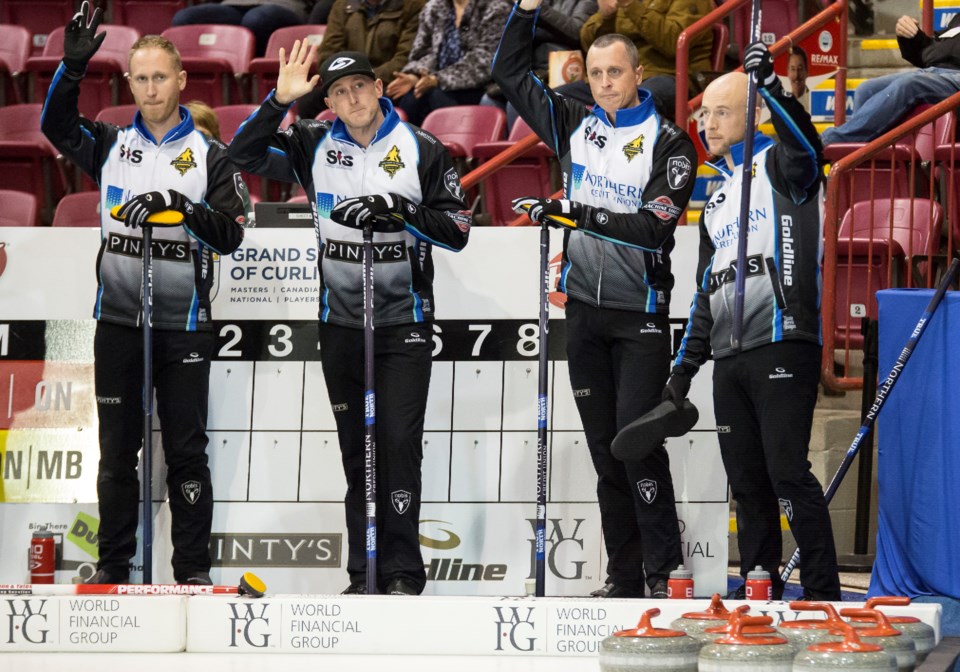 With two events left on the Grand Slam of Curling schedule, Brad Jacobs and his rink from Sault Ste. Marie opened the Players’ Championship on Tuesday on a good note.

Competing in their second-last event as a group, the Jacobs rink, which included third Ryan Fry, second E.J. Harnden, and lead Ryan Harnden opened the six-day event in Toronto with as 6-2 win over Regina’s Matt Dunstone in six ends.

After the teams traded singles in the opening two ends, JacobS scored a pair in the third and proceeded to steal two more in the fourth to take a 5-1 lead.

Jacobs would steal one more in five before Dunstone scored a single in the sixth to cap off the scoring.

Jacobs returns to action on Wednesday in the afternoon draw against Edmonton’s Brendan Bottcher before playing a pair of games on Thursday.

The Players’ Championship features 12 men’s and 12 women’s teams that are split into two pools of six.

The top eight teams advance to the playoff round, which begins on Saturday.

For the Jacobs rink, the tournament is the first of two final events as a team.

The team announced in March that Ryan Fry would not be returning to the team next year after seven years with the group.