The team is set to open the OHL regular season tonight at home against the Flint Firebirds
0
Sep 20, 2019 11:00 AM By: Brad Coccimiglio 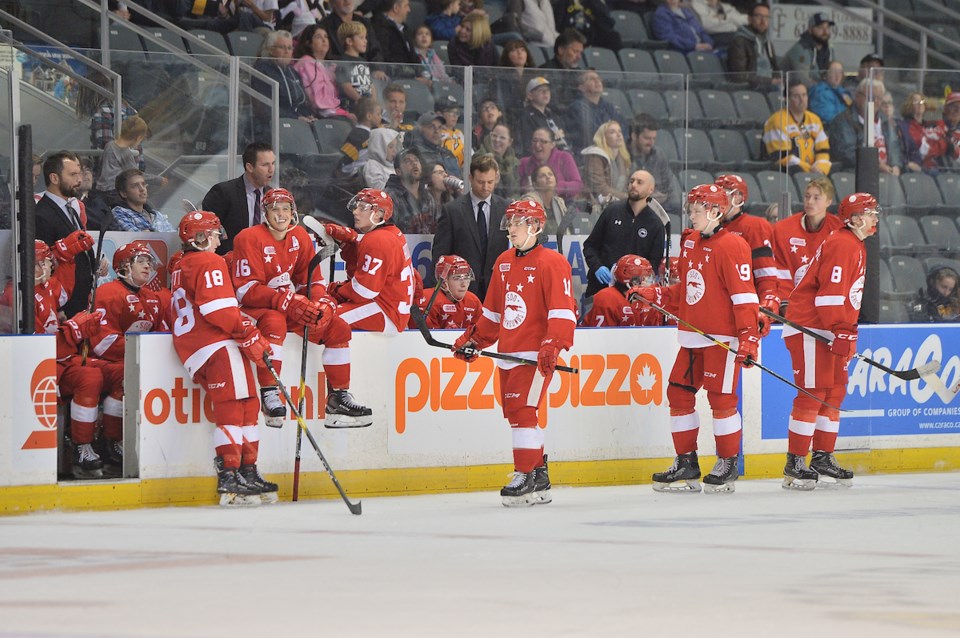 And that starts tonight as the team opens up the regular season at home against the Flint Firebirds, a team that, similar to the Greyhounds, expects a lot out of its group.

“The whole west, there’s not an easy game at all this year,” said Greyhounds coach John Dean. “Flint should be challenging for the division this year. They’re a really good team that has some good players coming back.

Dean expects some early nerves as the season opens but expects the compete level of his group to be high.

“There are going to be a little bit of jitters,” Dean said. “We all have them, including the coaching staff. That’s part of the fun of game one. You’ll see a lot of jump in our step. I expect to see our guys really compete. When you’re this early in the year, you have to take care of your work ethic right away and good things tend to happen and we can iron out details as we go along.”

For the Firebirds, the new season means a renewed sense of optimism after struggling in 2018-19.

“We want to be top five in the Western Conference, that’s our goal,” Wellwood said Thursday as the Firebirds prepared to depart Flint and make the drive north. “Everyone has these expectations before the season starts but there is a lot that goes on in a season.

“A lot of things are unpredictable but if we can get into the top five in the conference, we’d be extremely happy with that,” Wellwood added.

A rash of injuries early on made things tough last season as Flint didn’t record its first win until Nov. 7 against Sarnia, a stretch of 17 games to start the season.

For Wellwood, the difference a year makes for players is important, specifically in junior.

“In junior hockey, one year makes such a difference,” Wellwood said. “A guy like Ethan Keppen goes from being a 17-year-old to being 18 and going into his third year. The familiarity with the league, everybody is one year older and with what the guys had to go through last year, it’s a testament to their character that they’ve come back as hungry as they have.”

“Easily we could have had guys coming to us and asking for trades and wanting out, but we didn’t have that,” Wellwood also said. “You could tell that they understood that it’s a process to get to where we want to get to. As the weeks went on in the season, we had more and more guys buying in to the way we wanted to play and started seeing some success.”

Tonight’s game, a 7:07 p.m. start at the GFL Memorial Gardens, is one of nine games on the OHL schedule.

Veteran forward Joe Carroll, who suffered an injury last weekend in the Greyhounds exhibition game against the Sudbury Wolves, will not play tonight.