BELLEVILLE, ONT. – The Soo Greyhounds dropped a 6-2 decision to the Belleville Bulls on Saturday night in Ontario Hockey League action. 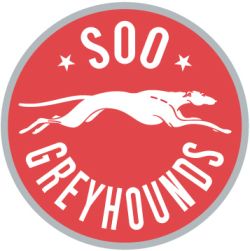 BELLEVILLE, ONT. – The Soo Greyhounds dropped a 6-2 decision to the Belleville Bulls on Saturday night in Ontario Hockey League action.

The Greyhounds opened up a 2-0 lead in the first period before the Bulls scored six unanswered goals en route to the win.

Belleville native Nick Cousins had a goal and an assist for the Greyhounds while Ryan Sproul also scored in the opening period.

Aaron Berisha got the Bulls on the board in the final minute of the opening period and the Bulls cruise to the win. Brendan Gaunce scored twice and assisted on two more goals for the Bulls. Austen Brassard and Tyler Graovac had a goal and three assists each in the win. Jake Worrad also scored for the Bulls.

Matt Murray got the start for the Greyhounds and stopped 16 of 21 shots through two periods. Justin Nichols stopped five shots in the third period.

The Greyhounds are back in action on Sunday afternoon in Kingston against the Frontenacs. Puck drop is 2 p.m.
****
OTHER SCORES

In London, Jake Patterson stopped 40 shots as the London Knights beat the Kitchener Rangers 3-2. Matt Rupert and Ryan Rupert had a goal and an assist in the win. Rangers goaltender Franky Palazzese stopped 41 shots in the loss.

In Plymouth, Connor Carrick scored at 2:29 of overtime to give the Plymouth Whalers a 3-2 win over the Guelph Storm. Tom Wilson set up a pair of goals for the Whalers, who trailed 2-0 before scoring three unanswered goals. Patrick Watling and Justin Auger scored for Guelph.

In Saginaw, Justin Kea scored a pair of goals and set up another as the Saginaw Spirit beat the Owen Sound Attack 6-2. Gemel Smith had a goal and an assist for the Attack.

In Barrie, Mathias Niederberger stopped 38 shots as the Barrie Colts beat the Ottawa 67’s 5-2. Zach Hall had a goal and two assists for the Colts. Clint Windsor stopped 34 shots for the 67’s.