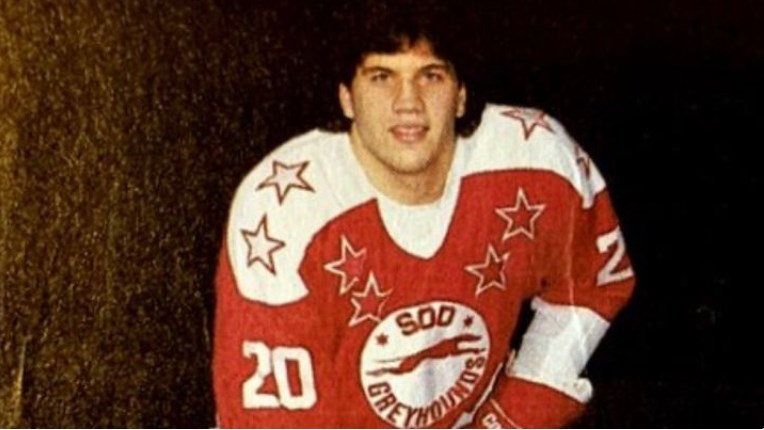 Mike Glover in his playing days with the OHL's Soo Greyhounds.GoFundMe

Glover, who played three seasons with the club from 1985 to 1988, was diagnosed an aggressive form of cancer.

The aggressiveness of the cancer led to Glover needing to have his right leg amputated.

A GoFundMe has been started by Glover’s older brother to raise money for a prosthetic.

“All of you that have met Mike will know that he’ll fight this with everything he has,” Glover’s brother Rick said in a post on the GoFundMe page. “I have seen some of his hockey fights and I have no doubt that he’s going toe to toe.”

Drafted by the Edmonton Oilers in the 1988 NHL draft, Glover played one season of pro hockey with the American Hockey League’s Cape Breton Oilers.

Most recently, Glover has served as a scout with the OHL’s Windsor Spitfires, a position he has held since 2011.