Five goals in the first period helped the Thunderbirds to a convincing win on home ice against Elliot Lake
Dec 8, 2019 10:30 PM By: Brad Coccimiglio 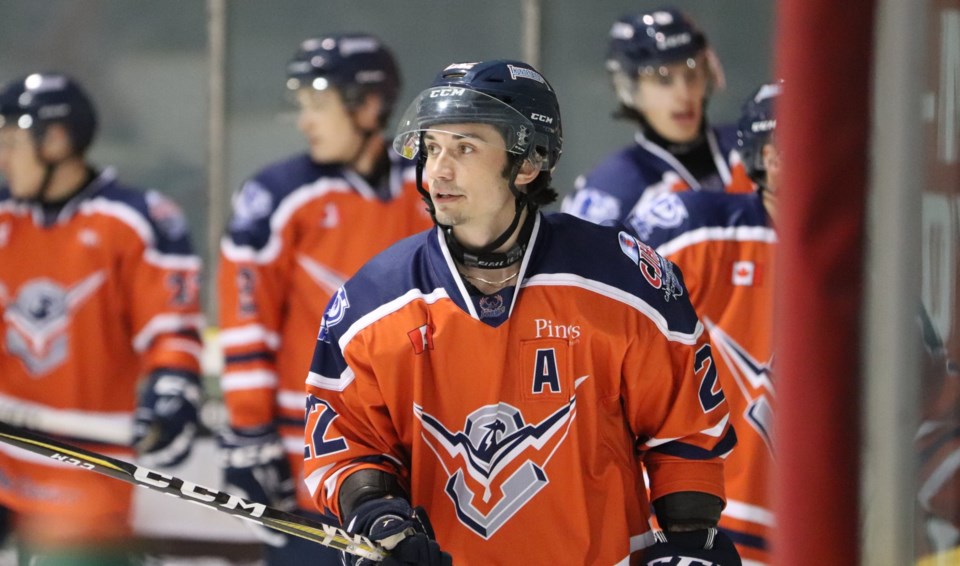 After moving into third place in the Northern Ontario Junior Hockey League’s West Division with a win on Saturday night, the Soo Thunderbirds capped off weekend action with a convincing win on Sunday night.

The team opened up a 5-0 lead through one period and cruised to an 11-0 win over the Elliot Lake Wildcats on Sunday at the John Rhodes Community Centre.

In total, 10 Thunderbirds players had multi-point nights and 14 players registered at least one.

Warner Young had two goals and an assist for the locals.

Rylan Clemons and Jacob Kovacs had three-point nights as well with a goal and two assists each.

Cam Findlay, Brock Santa Maria, and Tyler Savard chipped in with a goal and an assist each.

Cooper Smyl, Dylan Parsons, and Will Josephson assisted on a pair of goals each for the Thunderbirds.

Making his first start with the Thunderbirds, Sam Evola made 37 saves for the shutout.

Next action for the Thunderbirds is Dec. 14 at home against the French River Rapids. Puck drop at the John Rhodes Community Centre is set for 7 p.m.