The experiences of Nick Malik and Ethan Taylor will be important as the Soo Greyhounds move into the 2020-21 OHL season
May 20, 2020 8:14 AM By: Brad Coccimiglio 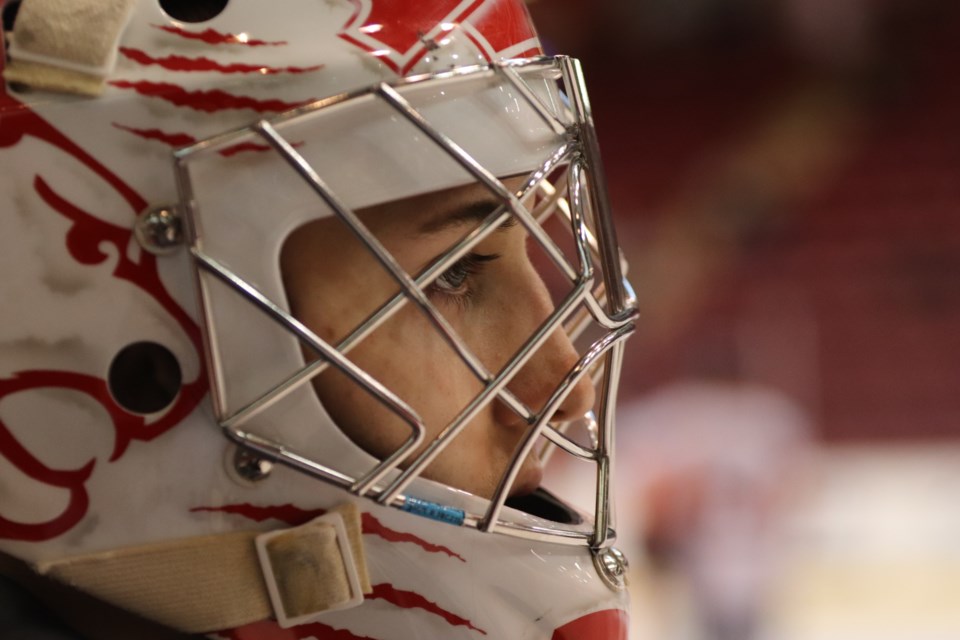 They finished the season with a mix of youth and experience at the position.

In the end, the experience in goal is something the Soo Greyhounds hope will play a role in the development of two other netminders heading into the 2020-21 Ontario Hockey League season.

At the time, the Greyhounds were in the midst of a tough stretch when Brkin entered the mix and the veteran, who came to Ontario after time in the Western Hockey League.

“I sent out a tweet about Bailey that said, ‘Here for a good time; not a long time,’” Greyhounds coach John Dean said. “What a good time he brought us. Over the short amount of time that he was a Greyhound, he really brought some stability to the team when we really needed it coming out of that tough losing streak and put a lot of confidence in the guys in front of him that they could play a certain style and not worry about mistakes.”

Brkin’s play with the Greyhounds was something that helped the team through some tough lessons during the season.

“There were some times when we challenged him and challenged him to make sure that he was the guy and he responded exceptionally well, even when we didn’t go to him a couple of times. That says a lot about his character and a lot about his confidence in himself. He would come back and put in a really good performance. We owe a lot to him,” Dean said. “I don’t think we learn a lot of the lessons (we learned) without Bailey. The way we were going early in the season, things could have spiralled. If you don’t settle that down, those lessons don’t get learned. Thanks to Bailey and his poise and confidence and what he brought to the table; we learned a lot of lessons. It’s unfortunate that he’s not going to get to reap the rewards of all the hard work he put in, but I know, moving forward, he’ll be successful.”

The Greyhounds proceeded to add Nick Malik at the trade deadline when the Czech-born 18-year-old decided to join the team after starting the season in his home country.

The NHL draft eligible netminder earned praise from his coach in his short time with the team.

“I love that he wants to be in the big games consistently,” Dean said. “You can see that it excites him. He’s similar to (Robert) Calisti. He wants to play against the big boys and see where he’s at. It was a lot of fun to have him come over for the limited time that he did.”

Dean added that the experience Malik gained will be important heading into his first full season with the team.

“Once you’ve been in the league, for guys like Nick and Jaromir (Pytlik), they have to leave so far away from home, to go through that is difficult,” Dean said. “Now he knows exactly what to expect from billets to scheduling to pace of play to playing three or four games a week. From that side of it, understanding what the every day looks like, that’s the biggest thing. There will be no surprises for him next year, he’ll just hit the ground running.”

18-year-old Ethan Taylor, coming off his second season with the team, saw limited action after the acquisition of Brkin.

Dean spoke of the need for some consistency in certain aspects of Taylor’s game.

“We know what he’s capable of doing athletically,” Dean said. “He’s solid with his fundamentals and also extremely athletic. The big thing for Ethan is to be consistent with his habits and make sure that he comes into camp excited to play with a strong, physical look where he can last and be consistent with the style of play that we want from him.”