He's had plenty of success as a coach at the junior level and Sault Ste. Marie's Jason Fortier is in the midst of his latest challenge
Dec 7, 2020 8:00 PM By: Brad Coccimiglio 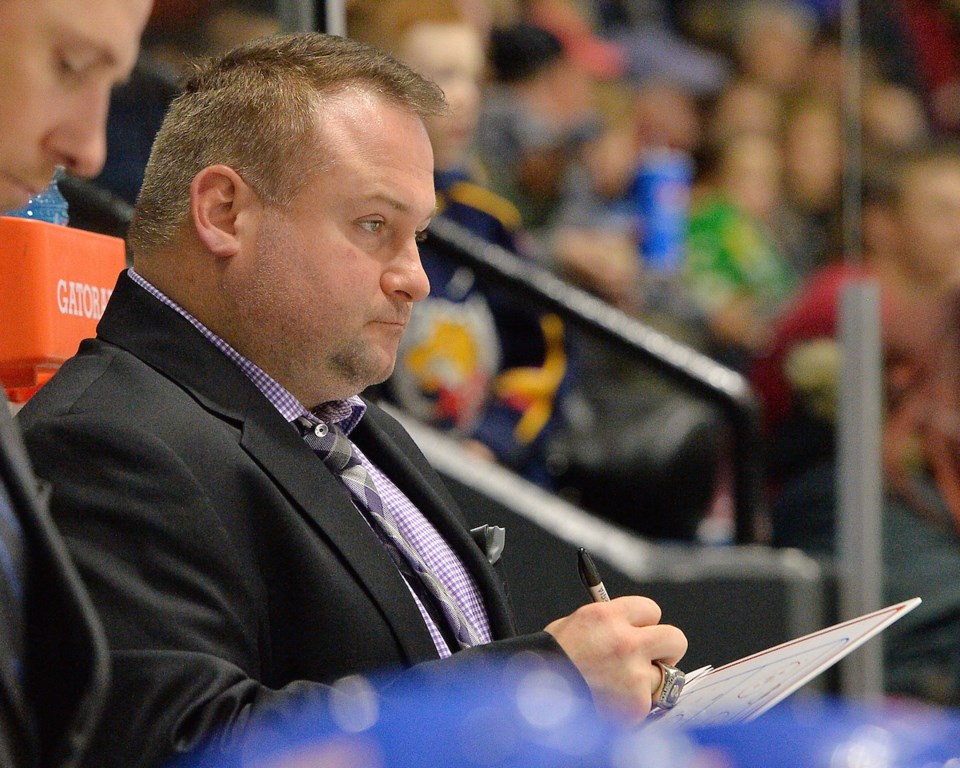 Always looking to improve his craft, Sault Ste. Marie native Jason Fortier’s coaching career has taken him to a number of different locales.

Currently behind the bench for the Odessa Jackalopes of the North American Hockey League, Fortier’s career path has taken him across the country north of the border before making the move south to Texas.

“My purpose is I want to become a better coach all the time. I want to evolve; I want to change,” Fortier said. “I feel a little bit like the littlest hobo.”

While he has spent a lot of time behind the benches of junior hockey teams, minor hockey is also something Fortier has looked to remain involved in as well.

“Minor hockey is something I’ve always continued to do, even while I’ve been in junior,” Fortier added. “It helps build your tree of players and gives you an opportunity to work with young kids, but also have players for the future that you might have an edge on in recruiting because of the relationship.”

Currently in his first season in Odessa, Fortier spent last season in the British Columbia Hockey League where he served as general manager and coach of the Coquitlam Express.

The 46-year-old spent two full seasons and part of a third with the Express. He was hired in November 2017 by the team as coach and assistant general manager.

In coaching different leagues, there are some things that have changed, but the sport itself doesn’t change much, regardless of the level.

“As far as the hockey goes, it’s all the same. The players are all the same,” Fortier said. “It’s what type of calibre of player you have or what type of funding you have to run your program. When you’re in the NAHL, all of the teams in the south division operate on a pretty good budget. Players are well taken care of. It’s a heavy brand of hockey. Right now, there are so many good players that might be in other leagues with college guys coming back and other players going to different leagues. We’ve got guys on every team who would be playing at higher levels.

“It’s an extremely fast league,” Fortier said of the NAHL. “The BCHL was really good skill. The NAHL is very fast and there’s some very good talent.”

Fortier has learned a lot in his time behind the bench.

“One of the things is, we always talk about it in the coaching world, is trust yourself. Trust the process that you believe in,” Fortier said. “I’m a different coach than some other guys. I believe that adversity creates a stronger mind. Sometimes you have to grow through adversity and it’s not the common theme these days.

His experiences as a player help him when it comes to the coaching side of the sport.

“I was a bit of a wild card some nights. I had discipline from people. Having discipline for players right now, and I don’t mean discipline on the ice, we’re talking about discipline in all areas is something I believe in,” Fortier said.

“It helps them, and it creates unity amongst your team when everyone is equal. Your best player doesn’t get away with something that your weakest player won’t. It doesn’t mean you’re not going to allow your top-end guys to be creative. It just means that there are some things that are going to be negotiable and some things aren’t. After coaching for the time I have, it’s really important for me to try to create a culture first. Anytime I go somewhere, it’s a bit of a wrecking crew for the first year because you’re trying to create a culture. You’re trying to create an identity and you’re trying to have people buy it but buy in not on the purpose of pats on the back. It’s more about ‘I feel good about working hard today. I feel good about what we’ve done. It’s for the guy beside me in the locker room and not for the coach.’ A lot of guys say it, but I don’t know how many guys truly believe that.”

“He’s a great guy on and off the ice,” Bellini said. “He’s a really hard-working coach. He’ll push you to your limits and definitely hold you accountable for your mistakes.”

With the ongoing COVID-19 pandemic making things difficult for a lot of teams in the junior hockey world, Fortier said the Jackalopes have looked to keep things as normal as possible.

“We plan on doing everything normally,” Fortier said. “We take our protocols. We haven’t had a COVID case with our team since we’ve been here.

“We’ve been fortunate that way,” Fortier added. “We did miss some games one weekend because of another team, but we just planned on doing what we’ve got to do and if we get told games are cancelled, it’s another way for us to go train or if we have the ice, we can do development. We’re fortunate in today’s world to get out and move around.”

With he pandemic making it difficult for a lot of youth leagues to get going on both sides of the border, Fortier feels for players that aren’t getting a chance to be on the ice at this point.

“I feel terrible for the kids that aren’t able to play hockey and make choices for themselves right now,” Fortier said. “Hopefully we can get back to a little bit of normal. What is going to be the new normal down the road is what I’m afraid of.”