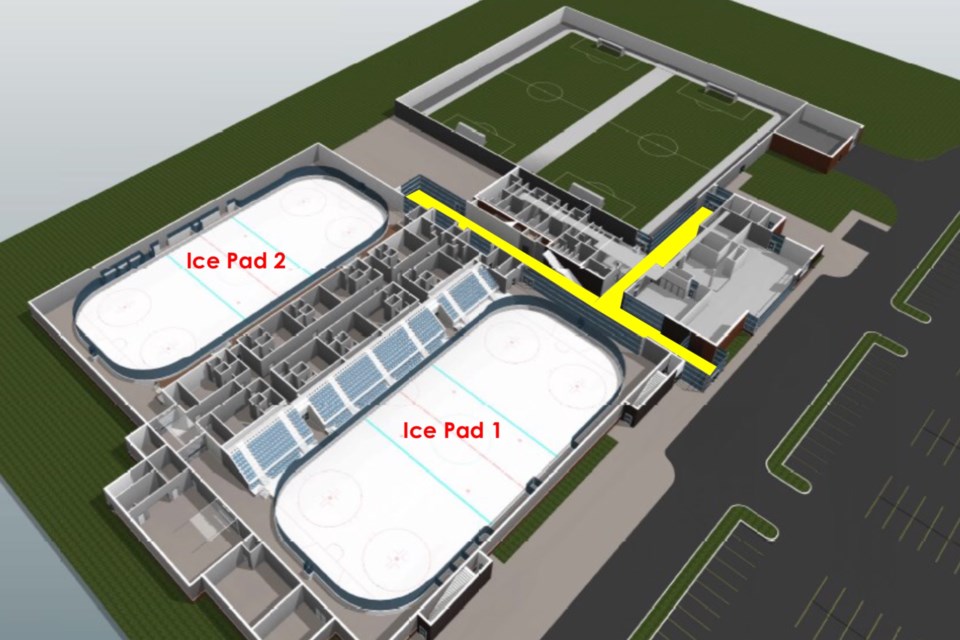 It was one of those share-the-love, pay-it-forward stories you hear from a fast-food drive-thru line-up.

Sault Ste. Marie councillors went into Monday's meeting like nervous kids, unsure they could afford a new twin-pad arena with all the trimmings.

There was nervous talk they'd have to ditch the project's $1.3-million walking track.

There was discussion of dropping the cute $149,000 bowl windows.

But then Ross and Laurie drove up and startled everyone by handing over $18 million toward the $27.9 million estimated cost of replacing the W.J. McMeeken Centre at 616 Goulais Ave.

Until Monday, there was no assurance the McMeeken replacement would get any substantive support from higher levels of government.

Ross and Laurie were a last-minute addition to Monday's virtual City Council meeting, to which councillors came prepared to either pay the full cost with long-term debt, or trim features like the walking track and fancy windows.

After Romano announced his government would provide both the federal and provincial contributions previously denied, our councillors realized they could now afford pretty much anything they wanted.

So they ordered up a twin-pad McMeeken – with the works – from low bidder Ellis-Don Corp., builder of Sault Area Hospital, Sault College's campus redevelopment, and other local projects.

Said Ward 3 Coun. Matthew Shoemaker: "We're able to do it, thanks... to the funding of the province, which is saving us not just $18 million up front, but $10 million over the course of 30 years."

"So it's saving us $28 million, which is the whole cost of the project that we're approving tonight," Shoemaker said.

"Everything that we considered including, is included."

"I think we would have been here late into the night deciding what to include and what not to include."

"It's great to see something coming to the west end, fully fleshed out," added Ward 5's Matthew Scott.

"It's important that we have these types of facilities for the quality of life of our residents," said Mayor Christian Provenzano.

"This facility... was orginially developed as a larger facility with this capacity added, but it was scoped down by previous councils."

"We're happy to be in a position to make the facility what it always intended to be, to add this function to that part of our city," Provenzano said.