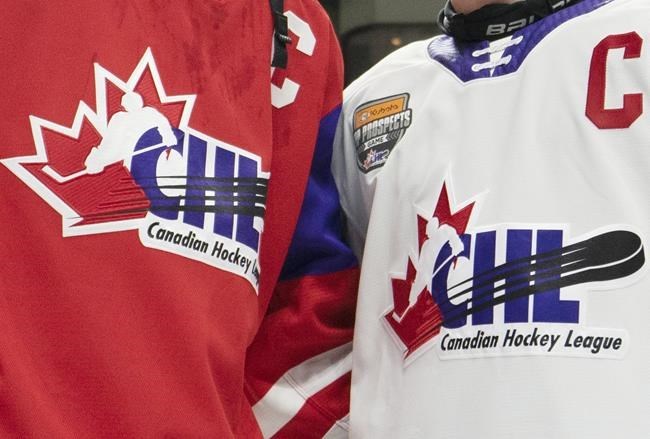 The CHL — an umbrella organization for the Western Hockey League, Ontario Hockey League and Quebec Major Junior Hockey League — and the plaintiffs announced the settlements that amount to a total of $30 million on Friday.

"This settlement does not mean that we agree with the plaintiffs," the CHL said in an open letter. "It means that we wanted to end the lawsuits so we could continue to focus on being the best development league in hockey."

Toronto-based Charney Lawyers, a firm that pursued the case along with Goldblatt Partners and Savonitto & Ass., filed a $180-million lawsuit against the CHL on behalf of all current and many former players in 2014 for outstanding wages, overtime pay, holiday pay and vacation pay.

"We launched these class actions to fight for the rights of the players and to make a positive change," former CHL players Sam Berg and Lukas Walter, the two initial plaintiffs, said in a statement. "We're proud of what these lawsuits and this settlement have achieved."

The lawsuits, which were settled just before the COVID-19 pandemic shut down sports in North America, claimed CHL players are employees subject to employment standards acts and not amateur student athletes.

All jurisdictions where CHL teams play have since passed exemptions/clarifications on employee standards stating that major junior players are not employees.

"There is now no legally recognized obligation for owners to treat players as employees under the employment standards legislation presently in effect in the provinces with CHL teams," the plaintiffs' lawyers said in a statement. "Following the enactment of the final amendment regarding the status of players under the applicable employment standards legislation in Alberta, the plaintiffs and CHL and its member leagues and teams entered into settlement discussions with the help of their respective counsel and an agreed-upon mediator."

The CHL, which was forced to cancel all three major junior seasons and the Memorial Cup because of the novel coronavirus outbreak, said it previously disclosed it had $30 million in insurance for the suits.

The money will cover the plaintiffs' legal fees, while the rest will be distributed to players involved in the class action.

"While we can't do anything about the legislative amendments exempting players from employment standards legislation across the country, this settlement will put millions of dollars into the pockets of the hardworking players and will make a real difference in their lives," Berg and Walter said.

The CHL has always considered major junior players — typically ranging from 16 to 20 years old — as student athletes. Players are currently eligible for post-secondary school scholarships, with each season spent in the league being worth one year of tuition, books and compulsory fees. Players also get money for out-of-pocket expenses, equipment, billeting and travel costs while on a CHL roster.

The league said even though the exemptions/clarifications on employment were to its benefit, it settled to avoid further prolonging the legal battle.

"The lawsuits continued to be a distraction and would continue to damage the financial position of our teams by costing millions of dollars in legal fees for five to 10 more years," the CHL's letter read. "Millions of dollars that would pay lawyers and add nothing to our player experience or the strength of our teams."

This report by The Canadian Press was first published May 15, 2020.