Players and staff from the Korah and St. Mary's hockey teams along with others, were in hospital Tuesday evening being treated for carbon monoxide
Feb 28, 2017 11:30 PM By: Brad Coccimiglio 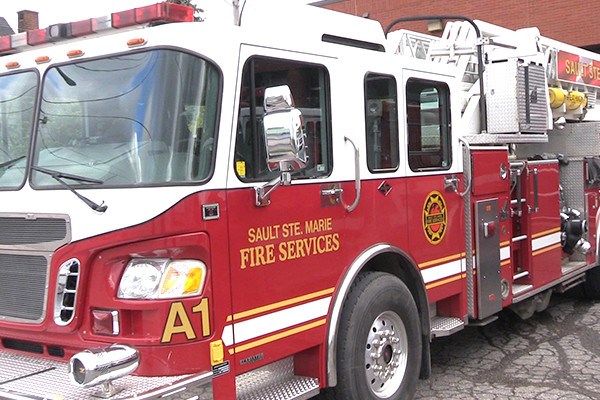 A high reading for carbon monoxide led to an influx of patients at Sault Area Hospital on Tuesday night.

During Tuesday’s high school hockey game between St. Mary’s and Korah at the McMeeken arena, players and staff members from both schools began to feel ill.

A problem was discovered following the game when players from both teams had their symptoms worsen and began to head to the hospital. One of the players from the Colts is the son of a city firefighter, who alerted his platoon chief. The platoon chief then had a unit check on the situation.

“Readings were in excess of 250 parts per million,” Deputy Fire Chief Peter Johnson. “Very concerning with an exposure of two hours or more.”

The arena was eventually evacuated and closed as a result while fire crews and Union Gas representatives determined the source of the carbon monoxide. At the time of writing the exact cause had not been determined.

Knights Assistant Coach Frank Medaglia said late Tuesday night that most of the players on both teams along with the coaching staffs were in hospital for much of the evening being treated, adding that many others who were at the facility were also in hospital receiving treatment.

“Before we even left the arena I told the rink rats that I thought there was something wrong,” Medaglia said. “It wasn’t until I got home and talked to a few more people and my son was on a group chat, that I found out everyone was feeling bad.”

When inhaled, carbon monoxide combines with the red blood cells that carry oxygen to body tissues while also replacing the oxygen carried in the blood, resulting in less oxygen being carried to the brain and other tissues in the body.

Medaglia said that after testing some players following testing had carbon monoxide values of up to 20 per cent (of total hemoglobin).

He did add that players and staff from both sides were in better health late Tuesday night and most were already out of hospital.

Sault Ste. Marie Fire Services is asking anyone who was at the arena Tuesday to go to the hospital to get checked if they are experiencing flu-like symptoms such as vomiting, lethargy, nausea and headaches.