Algoma had a pair of doubleheaders at home while the Sault College teams were on the road for the first time this season
0
Sep 15, 2019 10:00 PM By: Brad Coccimiglio 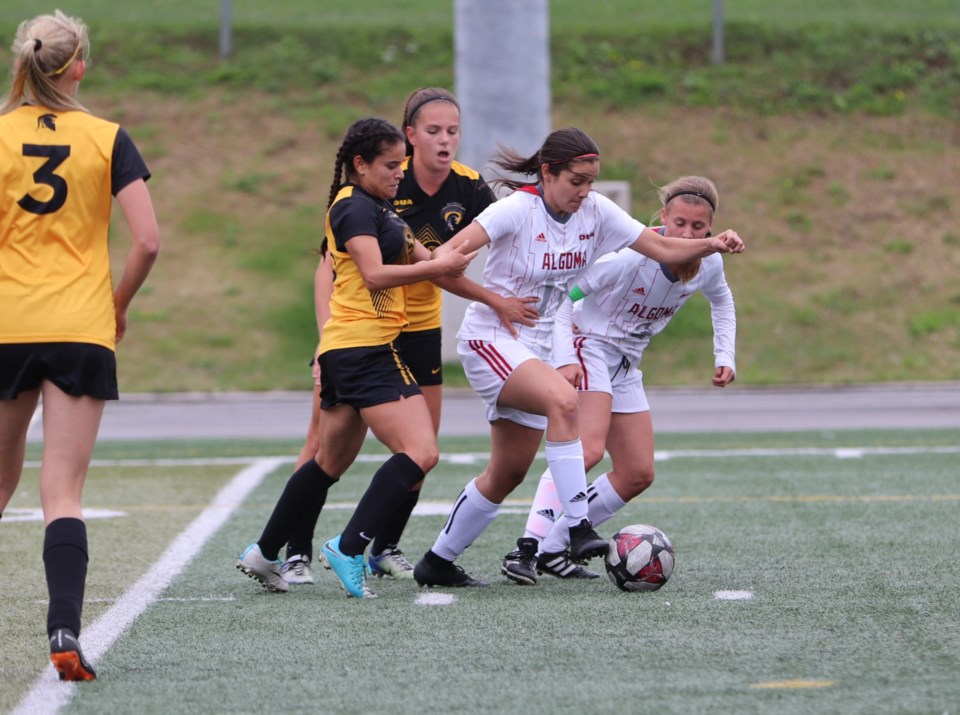 It was a busy weekend for soccer teams at Algoma University and Sault College.

Algoma returned home for a pair of doubleheaders against Waterloo at Superior Heights.

On Saturday, the Algoma women dropped a 2-0 decision before falling 4-1 on Sunday.

In Sunday’s game, Helen Lyden had the lone goal for Algoma.

The Algoma men dropped a 4-0 decision on Saturday before playing Waterloo to a scoreless tie on Sunday.

Both Algoma teams head on the road next weekend for to face the University of Guelph.

The Sault College teams were on the road over the weekend for games against Algonquin on Saturday and St. Lawrence on Sunday.

The Sault College women’s team dropped 6-1 decisions on both days while the men fell 8-0 to Algonquin on Saturday and 5-1 to St. Lawrence on Sunday.

Next action for both Sault College teams is on Sept. 21 when they host Durham College at Superior Heights.