After losing the first two games of the COVID Cup, the Beavers have rebounded for a pair of wins
Mar 21, 2021 7:43 PM By: Brad Coccimiglio 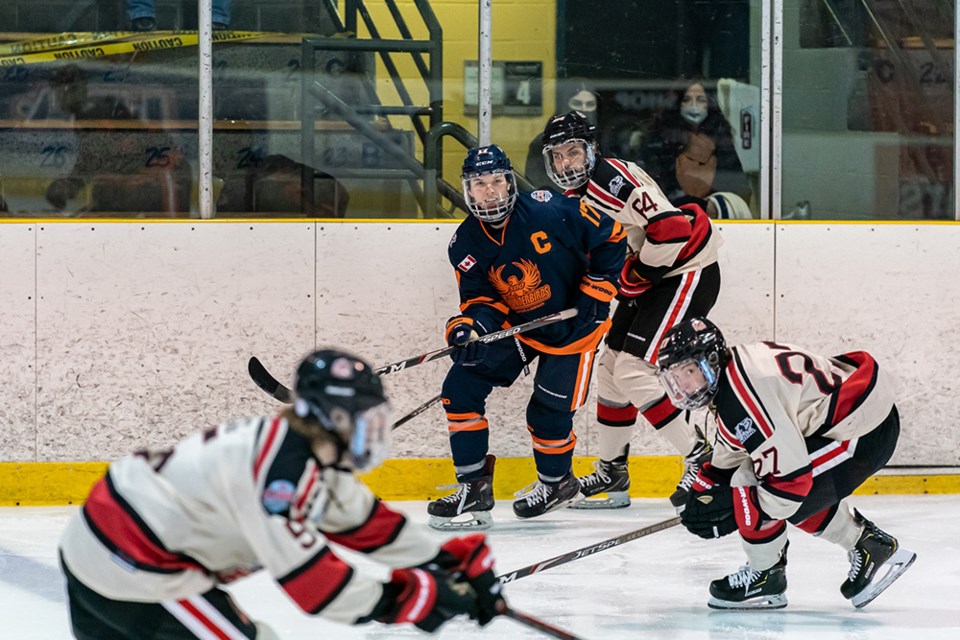 After winning the opening two games of the COVID Cup on home ice, the Soo Thunderbirds will return home for the fifth game of the series on the heels of a pair of road losses.

After dropping a shootout decision on Saturday night, the Thunderbirds fell 8-3 to the Blind River Beavers in Northern Ontario Junior Hockey League action on Sunday evening at the Blind River Community Centre.

“They held their composure and stuck to their game plan,” said Thunderbirds coach Jeremy Stevenson, who ran the bench in the absence of Denny Lambert. “They just stuck to the game plan, waited it out, got some power plays and scored on it.”

The Beavers had a pair of power play goals in the contest, which included a goal by Devin Mauro in the second period that out the Beavers ahead for good after the Thunderbirds had battled back from two goals down to tie the game at three.

Up by a goal in the third, the Beavers extended the lead as Blake McNally beat Thunderbirds goaltender Scott Young with a shot from the left circle glove side to make it 5-3 six minutes into the period.

“That was definitely a tough one,” Stevenson said. “We had been in their end for the past couple of shifts and had chances and then (Blind River) goes down and scores a goal. Our kids were down and came back and unfortunately we couldn’t come back from that one.”

Blind River capped off the scoring with three more goals in the final period.

Thomas Michaud made it 6-3 with just under eight minutes to go, scoring on a rebound after a point shot by Ethan Pegg was stopped.

Goals by Spender Kennedy with 4:57 to go, and Jesse Dupuis, in the final minute, also scored in the final period.

Kennedy finished the night with a pair of goals for the Beavers.

Mauro, Michaud, Matt Cato, and Meguire Naughton had a goal and an assist each for Blind River while Pegg and Lucas Adams assisted on a pair of goals each.

Scott Young made 38 saves for the Thunderbirds.

With some time off prior to returning to the ice, Stevenson said the message for the players is a simple one.

“To stay together,” Stevenson said. “We know what we have to do and we believe in these players. We have to hold it together. They can’t fall apart. They have to stick together, push each other and support each other and stick to the game plan. If we do that, I believe we can have some success.”

The series is set to resume on Thursday night in Sault Ste. Marie. Puck drop at the John Rhodes Community Centre is set for 7 p.m.