The Thunderbirds picked up a win over the Soo Eagles on Saturday night
0
Sep 22, 2019 7:00 AM By: Brad Coccimiglio 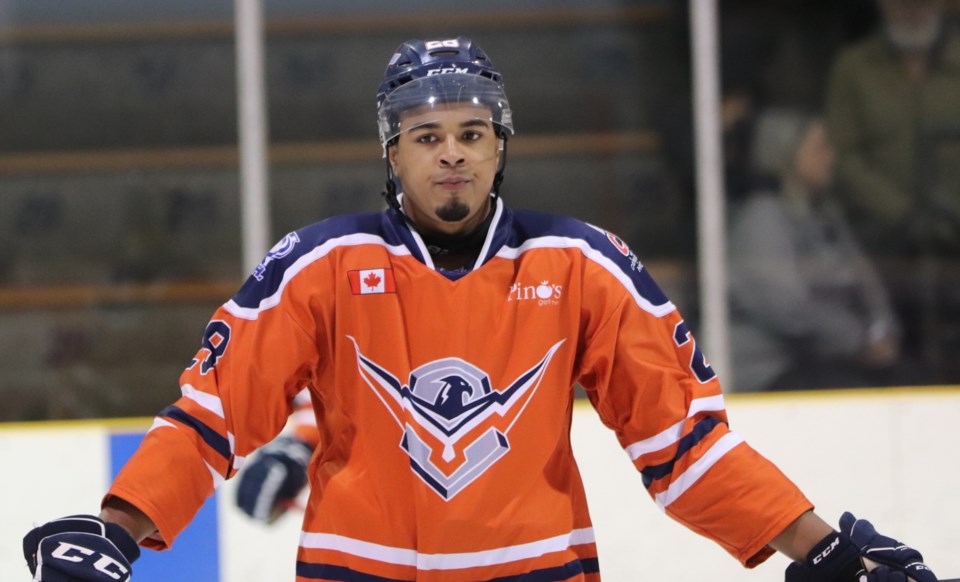 Opening up a quick home-and-home set with the Soo (Mich.) Eagles, the Thunderbirds picked up a 3-2 Northern Ontario Junior Hockey League win over their cross-border rivals at Pullar Stadium.

A goal by Matthew Bazarin at 16:55 of the second period was the eventual game-winner for the Thunderbirds, who improve to 3-3-0-0.

Cooper Smyl and Will Josephson also scored for the Thunderbirds. Nick Smith assisted on a pair of goals.

Caleb Wood and Dominic Skrelja scored for the Eagles, who fall to 1-2-1-1 with the loss.

The two clubs meet again on Sunday night in a 7 p.m. start at the John Rhodes Community Centre.

The Sault's Mr. Soccer still kicking after all these years
Jun 4, 2020 11:30 AM
Comments
We welcome your feedback and encourage you to share your thoughts. We ask that you be respectful of others and their points of view, refrain from personal attacks and stay on topic. To learn about our commenting policies and how we moderate, please read our Community Guidelines.