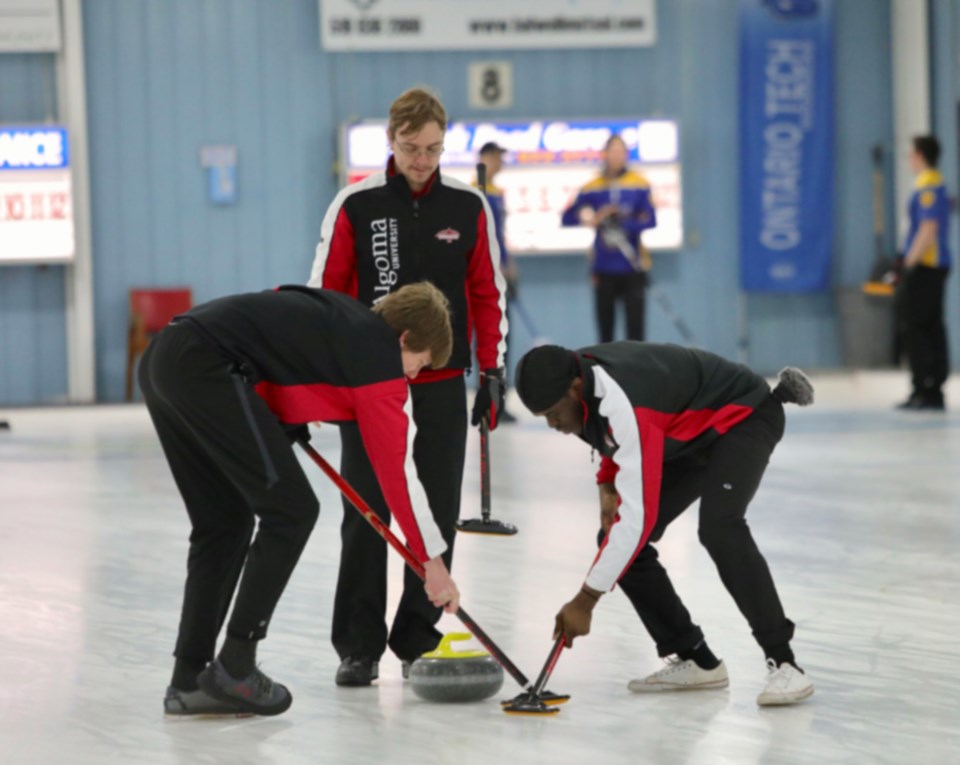 The Championship bonspiel is being held at the Guelph Curling Club with competition taking place from Thursday, Feb. 13 to Monday, Feb. 17.

The Men’s team is travelling with their new head coach, Tom Coulterman. Coulterman brings 46 years of coaching experience to the curling program, most notably as coach of Team Jacobs, Gold Medal winners at the 2014 Winter Olympics in Sochi, Russia. Coulterman is a Level 3 curling coach working towards his Level 4.  He is also a level 3 Curling Official. Algoma University is thrilled to have coach Coulterman join the Thunderbird family!

"The Algoma University Men's curling team are definitely looking forward to the challenge of competing at what will be their first OUA Curling Championship for many of them,” shared coach Coulterman. “As their coach, this will also be the first OUA Curling championship for me. I am looking forward to it and the opportunity to renew acquaintances with many of the other coaches who will be in attendance."

The Algoma women's curling team consists of Sarah Dipasquale (lead), Allie Lucente (second), Breanna Hamilton (vice-skip) and Anik Graves (skip). Alex Cote-O'Brien is also on the team but will not be competing due to an injury.

“The Algoma U Women's curling team is looking forward to these championships,” shared head coach Josh Porco. “They have been working hard all season and have performed well in local competition. Our pool at OUA's is a tough one but the team is up for the challenge."

The OUA Curling Championship schedule can be found here.