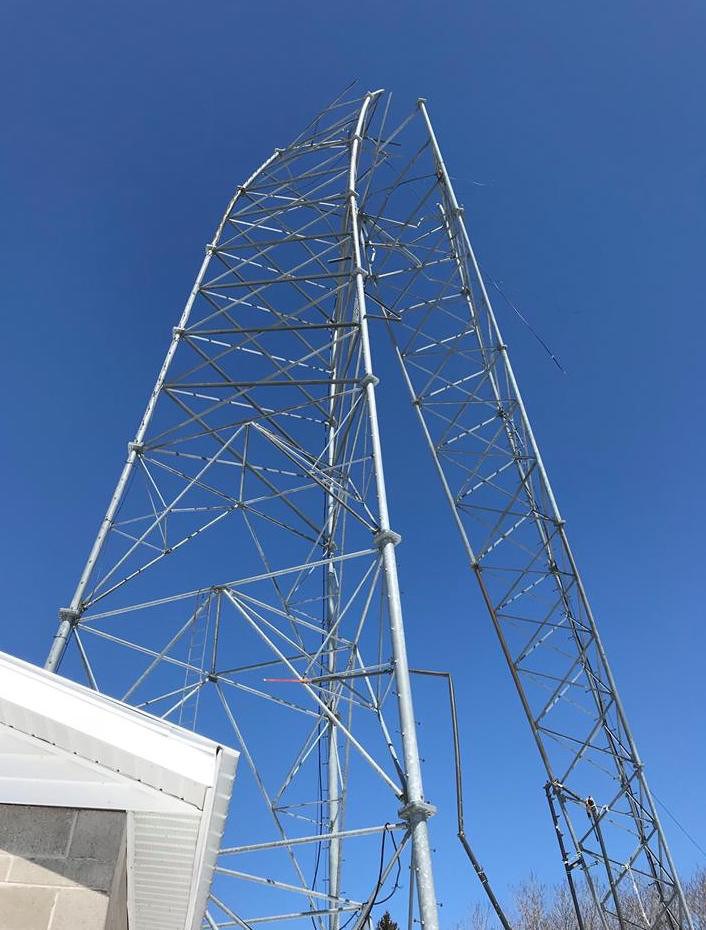 Sault, Michigan radio stations Yes FM and Country 105 are back on the air after the transmitter site for both stations experienced a major accident, the cause thought to be strong winds, as shown here. Yes FM/Country 105 Facebook photo

Sault, Michigan radio stations Yes FM and Country 105 are back on the air.

Keith Neve, Sovereign Communications Chief Operating Officer, told SooToday both stations were available to listeners shortly after 9 p.m. Thursday, after the transmitter for both stations was severely damaged yesterday.

The sounds of both stations are being transmitted from a tower site on Sugar Island, Neve said.

Neve said for engineers Coral Howe and Dell Reynolds (Reynolds also being the original Yes FM owner) to get both stations back on the air in such a short period of time is “incredible,” adding the crew will keep working to bring the broadcasting signal back up to its previous state before Thursday’s transmitter accident.

Neve said that would take “several months,” adding “there’s no salvaging the tower.”

The cause of the transmitter damage is thought to be strong wind, but Neve said an official investigation will be carried out, the transmitter tower to be taken down as soon as possible for safety reasons.