Would you buy stuff from a cargo container in a downtown parking lot? 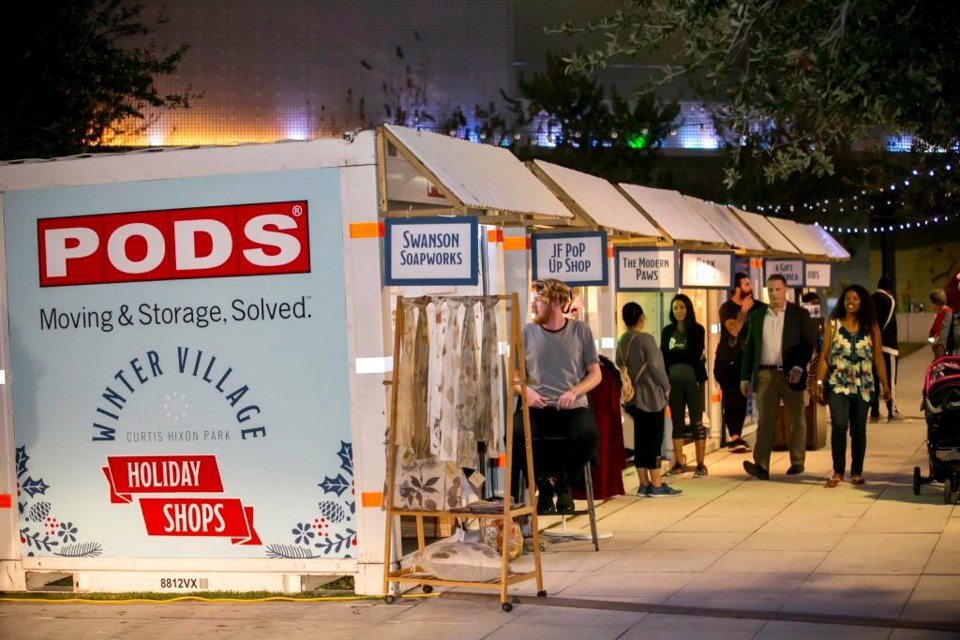 If City Council agrees, refurbished cargo containers (not necessarily as illustrated) will be placed in parking lots, the new downtown plaza and other core-area locations as pop-up stores

City Council will be asked Monday to approve spending $239,000 on refurbished shipping containers to be placed downtown as pop-up retail stores.

"These units...can be located at points of interest including the Port of Sault Ste. Marie, the Ermatinger Old Stone House, on streets during community events, used for special events in the future plaza (e.g. Christmas market) or can be placed within various public parking lots," says Stephen Turco, senior city planner.

"These units can be used to activate these spaces, but also provide a mechanism to support local small businesses."

In a report to council members, Turco says: "Programming is also envisioned that would allow entrepreneurs to start-up and trial new businesses that could then be established in the downtown once successful."

"Staff envision making these units available to small businesses, such as arts and craft retailers, food and beverage vendors, or other specialty businesses which can support the ongoing activities that are occurring at the various public spaces."

"For example, a modular unit can be set up at the Port of Sault Ste. Marie, and used as a local gift store for passengers disembarking the various cruise ships that dock there," Turco said.

Last year, Mill Market Inc. was forced to remove a collection of wooden vendor sheds placed outside its main waterfront building, just before the popular farmers' market was taken over by a vendors' group.

City officials said then that the market owed $25,500 in provincial fines for building infractions.

The report going to City Council on Monday doesn't address how the pop-up containers will be configured to comply with building regulations.

The container shops are one part of $549,000 in projects for which council's go-ahead will be sought.

"All funding for these projects has already been approved by City Council, and will be supported by funding contributions from Northern Ontario Heritage Fund; Ontario Ministry of Agriculture, Food and Rural Affairs; and the Downtown Association," Turco said.

Here's how he described the other projects:

Farmers Market Preliminary Design: Given the memorandum of understanding to re-use of the former Gateway site for the Bawating Urban Indigenous Hub and Housing Project, a new location for the farmers’ market needs to be established. Given the progress of the proposed downtown plaza, it was determined that locating the farmers’ market next to the plaza would create a number of positive synergies, and would help to program the plaza on an ongoing basis. Aligned with this rationale, council has provided the authorization to purchase 73 Brock Street (former Union Cab building). Working with Brook McIlroy Inc. (the designers of the plaza project), staff received an estimate to complete a preliminary design exercise for $60,000. This preliminary design work would help solidify space requirements for the farmers’ market and establish preliminary concepts and costs for a future market building. Should council approve this work, staff is requesting to single source this design work to Brook McIlroy, as the design of the farmers’ market building is integral to the overall design of the plaza.

Beautification elements: Should any of the above projects come in under budget, staff would propose to use the balance of the funds to acquire streetscape equipment and beautification items (benches, planters, etc.) for the downtown.