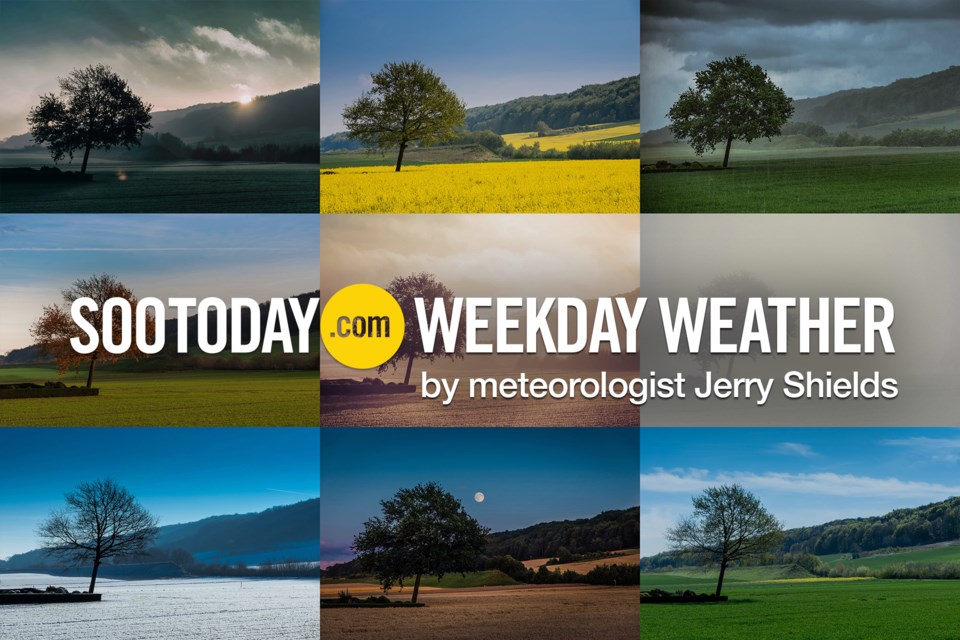 When looking at the historical records for the Sault, it is interesting to note that the most snow on the ground for April 19 and 20 is around 20cm, recorded back in 1972.  With the current winter storm and an existing snowpack near 40cm its likely that by the end of this week, we will have more than these historic numbers. If this happens, it could be argued that we are in uncharted territory for winter snow remaining and a delay in the start of spring.

Snow tapers off the flurries Monday, with another 5-10cm of accumulation possible.  Winds swing around to the northwest later today as the snow comes to an end.  Daytime highs should climb to near 1°C.

Clouds linger Tuesday with the risk of a flurry in the morning and brief shower in the afternoon.  Daytime highs will be near 4°C, but gusty northwest winds will make it feel cooler.

Wednesday brings a mix of sun and clouds. Temperatures will climb to a high of 7°C. Winds will be out of the north.

Thursday and Friday should be both mainly sunny with northerly winds and temperatures near 7°C again. Even this warm weather at the end of the week likely won't keep up from recording record snow depths on these dates.