Windsor Park for sale again, 'as is'

Plagued over the winter by bursting water pipes, the building's being sold under power of sale – a process used in cases of mortgage default
Mar 31, 2019 9:08 PM By: David Helwig 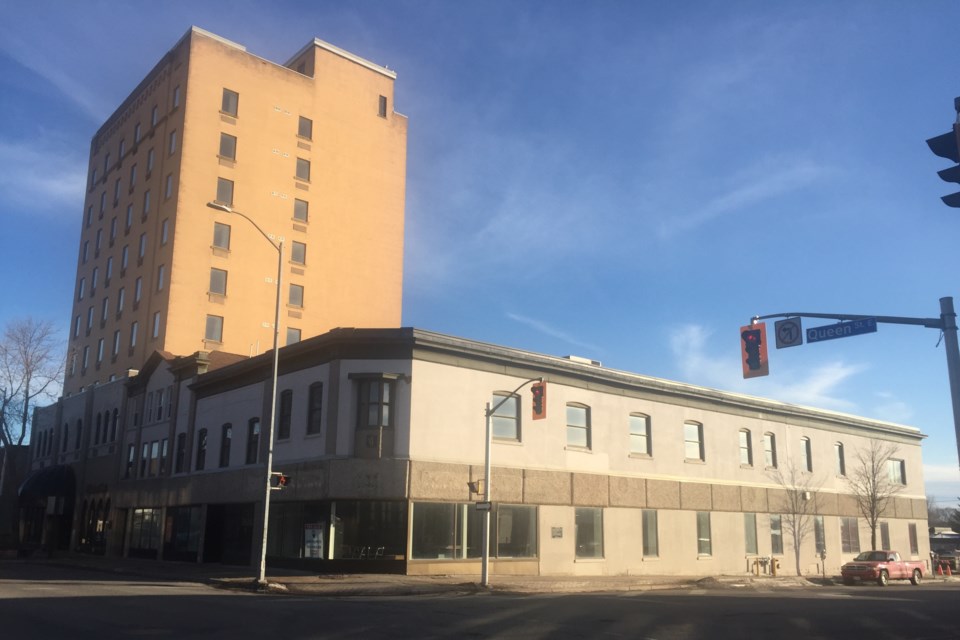 For many years Sault Ste. Marie's tallest building, the former Windsor Park Hotel is once again on the real estate market, this time through power of sale.

The downtown landmark has been listed by John Filipetti of RE/MAX Sault Ste. Marie Realty Inc with an asking price just under $1 million.

"At just over 70,000 square feet, this building has a nine-storey, 65-room hotel plus a two-storey retail/office building at the corner of Brock Street and Queen Street," says the listing.

"The 1.4-acre site runs from Queen Street to Bay Street for great exposure and easy access. Upgrades approximately 10 years ago include two elevators and stairwells. This property has huge potential for use as a seniors' home, boutique hotel, offices, retail, and apartments."

The property, visited by Sault Fire Services numerous times over the winter because of burst water pipes, is being sold 'as is' under power of sale – a legal process used in cases of mortgage default.

The Windsor Hotel opened its doors in 1895, with an addition built in 1919 and the nine-storey high-rise erected in 1931.

Dr. Lou Lukenda bought the building in 1996 and re-opened it as Windsor Park Retirement Residence.

Lukenda then donated the property to Algoma University, which started using it as a student residence in 2010.

In 2015, the building was sold for $825,000 to Toronto-based Yau Developments for use again as an upscale retirement residence.

The following year, it sold once again, this time to a private-investment group planning a student residence to serve a private, athletics-focused school based at The Tech in the former St. Marys College on Wellington Street East.