Wind gusted to 83 km/h in the Sault, yesterday: Environment Canada 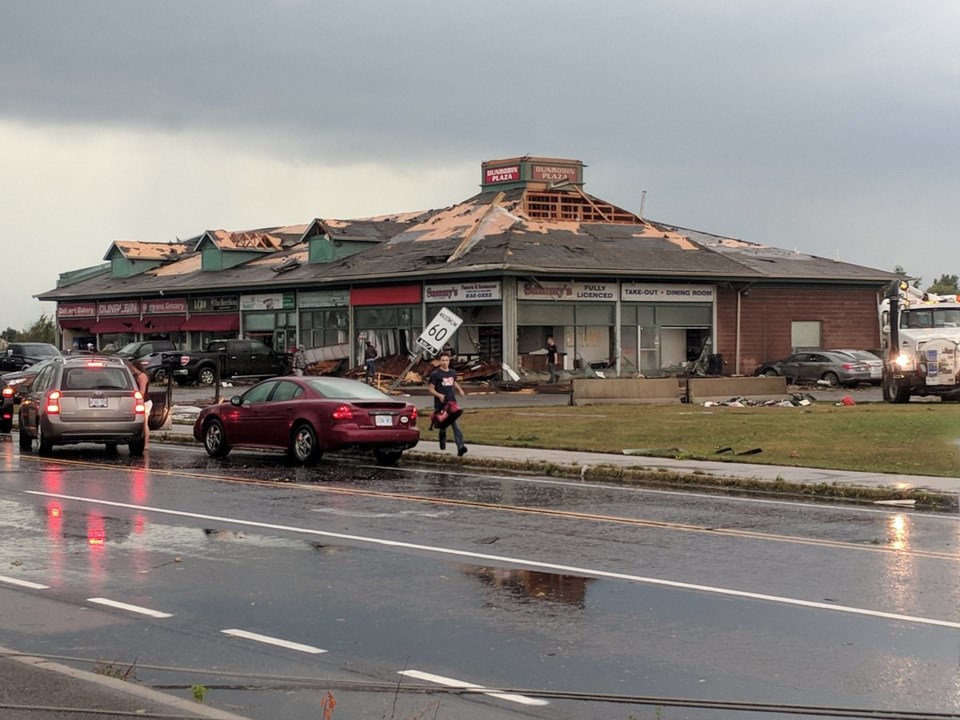 A cold front tracked over southern Ontario and much of northeastern Ontario resulting in widespread strong winds and severe thunderstorms. One severe thunderstorm produced a tornado that tracked over Kinburn, Dunrobin and Gatineau. Reports in these areas included numerous buildings that were damaged or severely damaged, vehicles that were overturned as well as many trees and utility poles that were snapped. there were also reports of many injuries including several people that were critically injured.

Environment and Climate Change Canada will be conducting damage surveys Saturday to determine the strength and exact track of this tornado.

Any reports of damage can be sent to Environment and Climate Change Canada by email ontstorm@canada.ca or tweeting reports using #onstorm.

Below is a sumary of peak wind gusts observed in kilometres per hour as of 11 p.m. EDT on Sept. 21.

Ahead of the cold front, a hot humid airmass had setteled into southern Ontario. Several temperature records were broken for Sept. 21.

Please note that this summary may contain preliminary or unofficial information and does not constitute a complete or final report.