Large-scale wind energy developments like the ones proposed for Bow Lake and Goulais River will actually increase our carbon footprint, says John Laforet, president of Wind Concerns Ontario.
0
Dec 5, 2010 9:07 AM By: Carol Martin 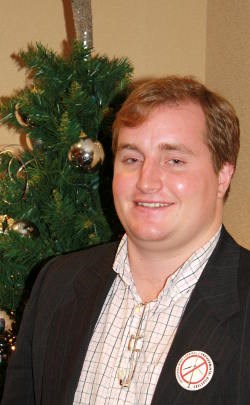 The wind sometimes doesn't blow when energy is needed, so Ontario is relying more on fossil-fuelled electrical energy generation to make up for shortfalls in wind energy.

But burning coal and other fossil fuels to generate electricity creates more greenhouse gas per kilowatt hour than any other method.

Laforet was in town Saturday to meet with the steering committee and planning team from Save Ontario’s Algoma Region (SOAR).

However, the Canadian Wind Energy Association disagrees with assertions that wind power is not reliable and will increase the province's carbon footprint.

"It is important to remember that the wind never stops blowing everywhere at once," says the association website. "Experience from around the world has shown that a large number of wind turbines spread over a wide geographic area will actually produce a consistent amount of power."

"In Denmark, 20 percent of electricity demand is currently met by wind energy," says the industry site. "With our abundant resource, there’s no reason why we couldn’t follow their lead – and the Canadian wind energy industry is here to capture that potential."

The association also says that wind energy, like any other form of electrical generation, needs to be combined with other energy sources to produce a reliable supply of power throughout the country.

It suggests that hydro-electricity and wind energy are natural fits because hydro dams can be opened and closed, changing the amount of power being generated in a short time.

Laforet says that would be great if that's the way power was being generated in Ontario.

In actuality, he says, companies like TransAlta Corp. and Suncor Energy; two companies that are neck-deep in the Alberta Tar Sands, also own and are developing several of the large industrial wind projects currently in planning stages in Ontario.

These companies are building natural-gas fired electrical generating facilities to work in conjunction with the wind farms they are developing. says Laforet.

The Ontario government is subsidizing costs to develop wind and gas generating facilities, has given them major corporate tax cuts and has signed multi-million dollar, decades-long agreements to buy power from such companies, he said.

Meanwhile, Denmark hasn't managed to reduce its carbon footprint by much, even with 20 percent of its electricity being generated by industrial wind farms, says Laforet.

But he's very enthusiastic about SOAR's resolve to preserve the democratic process when it comes to creating industrial wind farms in this area.

"These people still can't get very many details about what the proposed projects would be," Laforet said. "They weren't even aware of the projects until they were well into the planning stages."

Initially, many of the people who are now most concerned about these developments, were willing to support them for the greater good, thinking the projects would provide sustainable, reliable energy for the whole province.

They thought they might be willing to put up with hundreds of ugly wind towers dominating the horizon if it meant reducing greenhouse gases and protecting their world from climate change.

Like many in Ontario they were uneducated and misinformed, says Laforet.

Sure, wind is free, green and safe, he said.

But small-scale wind-generation projects that store power in batteries are a completely different animal than the industrial wind farms that he, SOAR and Wind Concerns Ontario have a problem with.

Roads to the towers, the hectare-sized empty circle around each tower, the high-voltage transmission lines and the blades on the towers are just some aspects that have not been proven to be safe or green.

And they are most assuredly not free, Laforet said.

"People don't come to Northern Ontario to look at wind farms. They come for the pristine, unspoiled wilderness," he says. "These vistas, once destroyed, can't be restored."

The two new wind farms proposed for Algoma District have a potential to destroy tourism, leave area cottages and camps deserted and seriously damage a rare and already threatened ecosystem, he said.

But instead of public meetings, open houses and information sessions with opportunities for input and scrutiny of the projects, SOAR members have been stonewalled, he says.

"The issue has become highly divisive and emotionally charged," Laforet says. "It threatens to discredit the whole green movement in Ontario if the group doesn't distance itself from industrial wind energy generation."

There are health and environmental concerns. People who live as close as one kilometre from a wind tower, to as far as several kilometres away, can experience audible and sub-audible noise that keeps them awake.

Industrial wind farms are killing birds and bats, he says.

Wind farms are irreparably damaging habitat for land and aquatic species and displacing or reducing numbers of animals that lived in the areas around the farms.

There are other health and environmental concerns, but corporations have convinced the Ontario government to make special rules for industrial wind farms.

"We're just asking them to do the science," Laforet said. "And to follow the democratic process."

Eco Issues, a website set up by the Environmental Commissioner of Ontario, reports that significant changes were made to the province's environmental law in Ontario in 1999.

"The government has exempted most renewable energy projects that generate electricity from the requirements of the Environmental Assessment Act," says the site.

Instead, says the website, all these applications are now combined and streamlined in a single process.

"Finally, through amendments made to the Planning Act, most planning approval requirements no longer apply to renewable energy projects," says the site. "Collectively, these amendments constitute a fundamental change in the regulatory landscape for renewable energy electricity projects."

One of the most significant among these changes, says Laforet, is the change in municipal authority.

While municipalities have authority to plan development of their communities down to details like what kind of playground equipment will be bought for a park, they can't tell Suncor or TransAlta they don't want a wind farm.

Laforet and SOAR maintain that industrial wind energy generation has not been proven safe, is not reliable and is increasing our province's carbon footprint.

They say the Canadian Wind Energy Alliance and Canadian wind energy industry are eroding both the credibility and sustainability of the green movement and the democratic process in Canada, Ontario and Algoma.