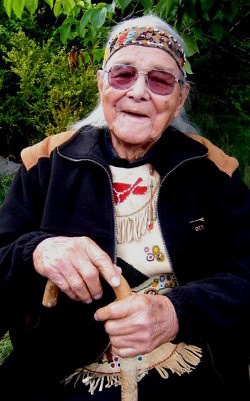 He was the great-grandson of Pakinawatik, a hereditary Algonquin chief from the mid-1800s who lead his people to settle in their current territory by Maniwaki, Que.

Commanda was the former chief of Kitigan Zibi and he held the position from 1951 to 1970.

It was his role as an Elder and spiritual leader, however, that he will most likely be remembered.

He rose to international prominence for his efforts at bridging the gap between cultures.

His travels took him all over the world, including to the United Nations.

In 1990 he was asked to bless the Human Rights Monument in Ottawa along with the Dalai Lama.

He also presented Nelson Mandela with an eagle feather in 1998 on behalf of First Nations people.

Commanda also received numerous awards and honours for his work, including being named as Officer of the Order of Canada, receiving the key to the city of Ottawa along with an honourary doctorate degree from the University of Ottawa and a lifetime achievement award from the National Aboriginal Achievement Awards Foundation.