Will this new stop light infringe on your right to buy Superior Bakery donuts?

Councillor will ask for construction to be halted on a new traffic light at the Great Northern Road entrance to the new Pino's store, until Walmart comes to the table
Sep 17, 2020 10:28 PM By: David Helwig 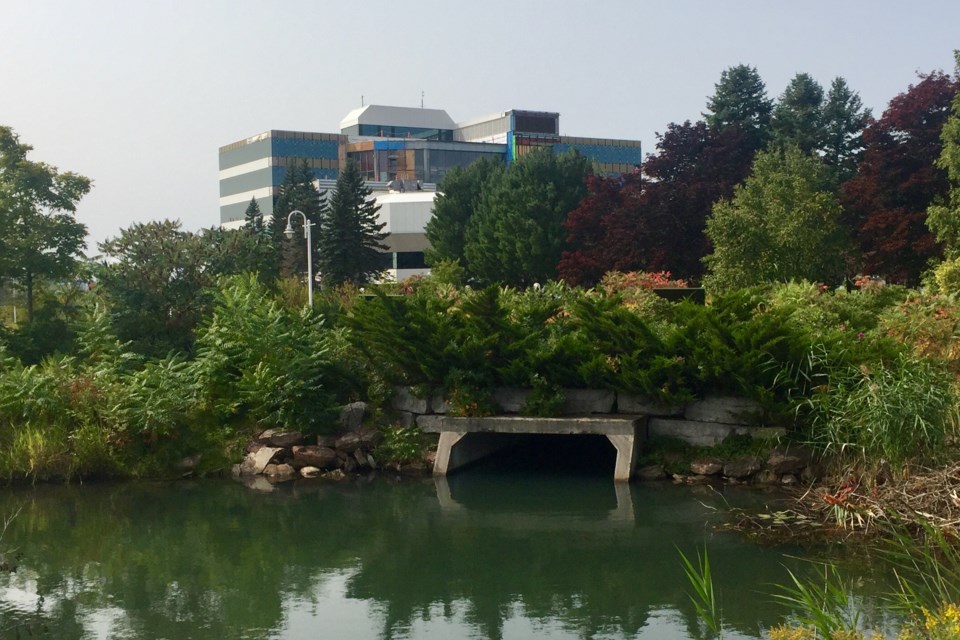 For the first time since the COVID-19 emergency began six months ago, this week's City Council meeting took place at the Civic Centre. David Helwig/SooToday

For the second time in less than one year, Matthew Shoemaker is accusing Walmart of being less than a stellar corporate citizen.

In November of last year, the Ward 3 councillor went after the retailer for not bothering to pick up shopping carts that wandered from its property.

This week, Coun. Shoemaker is accusing the retail giant of not being a good neighbour to Superior Home Bakery at 438 Great Northern Rd.

He served notice at this week's City Council meeting that he'll be introducing a resolution criticizing Walmart for ignoring requests for negotiations to help out the popular bakery and other nearby businesses.

He'll ask that construction of a new traffic light on Great Northern Road be halted until issues about access to Walmart's laneway are resolved.

"I want to make clear that when I say Walmart, I mean corporate Walmart, nothing to do with the local folks," Shoemaker tells SooToday.

"The reason for my motion is because of an outreach to me back in 2018, right after the rezoning of Pino’s was approved, from Superior Bakery."

"They had no objections to the Pino’s proposal, but wanted to make sure the new light didn’t make it impossible for their customers to get in and out of their parking lot. They suggested at the time that access to the Walmart laneway that runs across the north side of their building would solve their problems by giving their customers access to the traffic signal. I said I’d look into it."

"Essentially Walmart has ignored repeated outreach by numerous parties and I believe that is unneighbourly behaviour on their part. As an anchor in the Great Northern Road business community, they have a social responsibility to be good neighbours and hear out the shared concerns of their abutting neighbours."

"They aren’t doing that and that’s the reason I want to pause the installation of the light until they come to the table and hear out everyone that’s tried to reach out to them."

"What I’m still struggling with is I don’t want Walmart’s inaction to hold up the good development happening at Pino’s site, but I want them to understand that they’re not being socially responsible and there are consequences to their inaction."

The following is the full text of the resolution that Shoemaker intends to introduce at the next City Council meeting on Sept. 28:

Whereas in February 2018 council approved a rezoning for a new Pino’s grocery store on Great Northern Road; and

Whereas as part of that rezoning approval, council approved a traffic light to be installed at a to-be constructed entrance to Pino’s adjacent to the Walmart laneway just north of Superior Home Bakery; and

Whereas businesses in the immediate vicinity of the proposed intersection were concerned about the ability of their clients and customers to get in and out of their premises; and

Whereas a potential solution to the access issue for those businesses would be for Walmart to grant them access to their laneway that will be controlled by a traffic signal; and

Whereas construction has begun on the installation of the traffic signals but agreements have not yet been reached between businesses that abut Walmart's laneway, and Walmart, for access to the Walmart laneway, and Walmart has been difficult to communicate with on the issue, ignoring various outreaches and correspondence;

Now therefore be it resolved that council direct that installation of traffic signals at the new intersection be paused until such time as agreements are reached or progress has been made on negotiations of such agreements between neighbouring businesses and Walmart for access to their laneway;

Further be it resolved that staff continue to make efforts to reach out to Walmart to facilitate the negotiations for said access, as they've been attempting to do for quite some time.